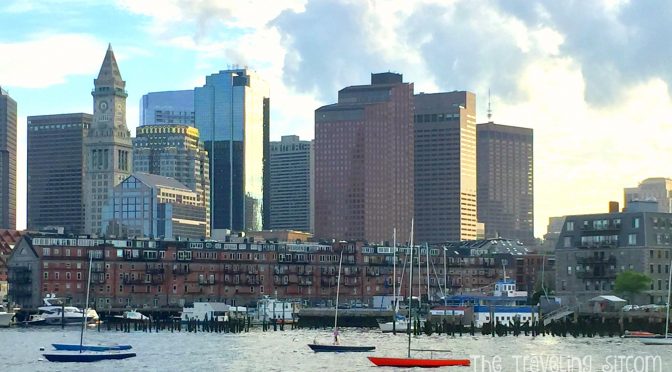 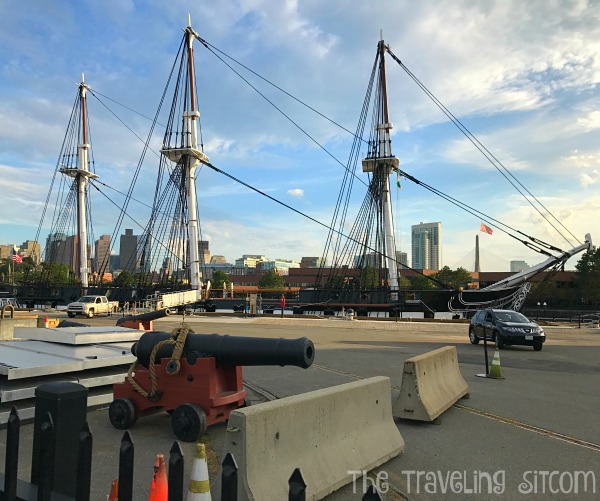 The ferry let us off at the cobblestone streets of neighboring Charlestown.  We enjoyed walking  through the Charlestown Navy Yard and seeing the USS Constitution.  Originally launched in 1797, it is the oldest commissioned naval vessel afloat. 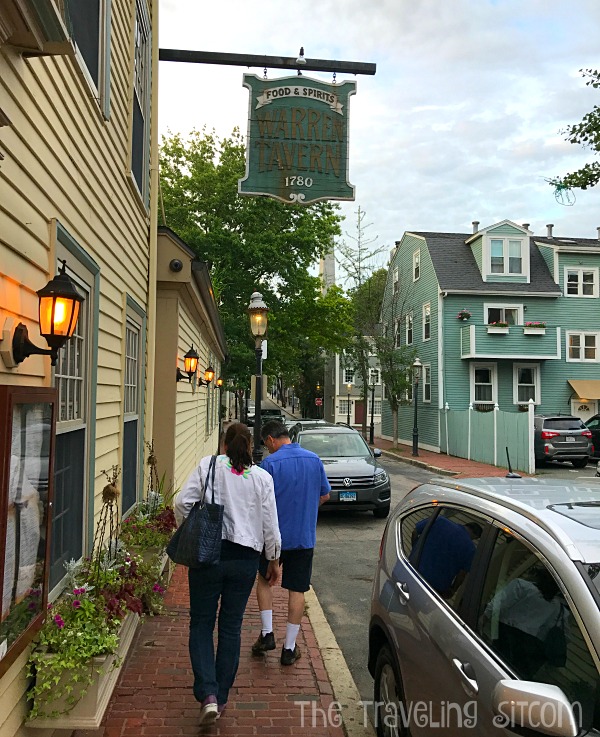 Our next stop was Warren Tavern, named after Doctor Joseph Warren.  Dr. Warren drafted the Suffolk Resolves, a copy of which his good friend Paul Revere delivered to the First Continental Congress who endorsed it on September 17, 1774.  It was Doctor Warren who sent Paul Revere and William Dawes on their messenger rides to Lexington on the evening of April 18, 1775.

Unfortunately, Dr. Warren died during the Battle of Bunker Hill.  But the tavern where he and his friends often gathered now sports his name. 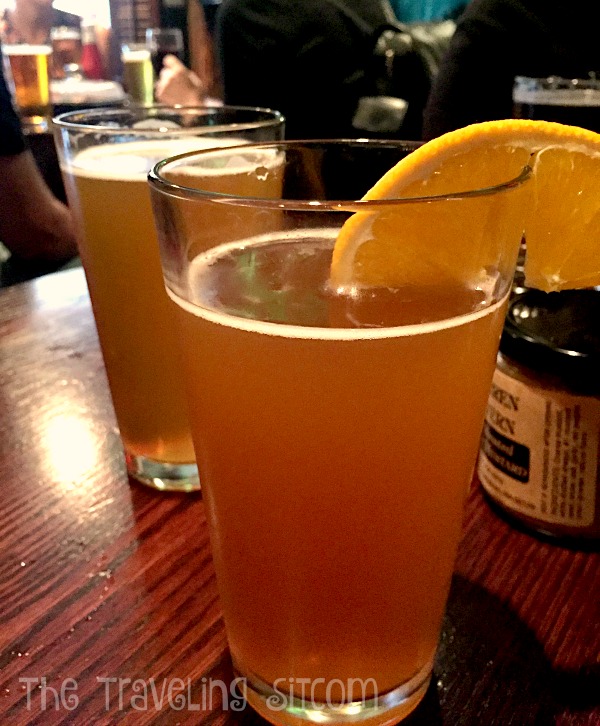 Here we had a couple draft beers and enjoyed the historic atmosphere.  The inside of Warren Tavern has barely changed in 200 years. 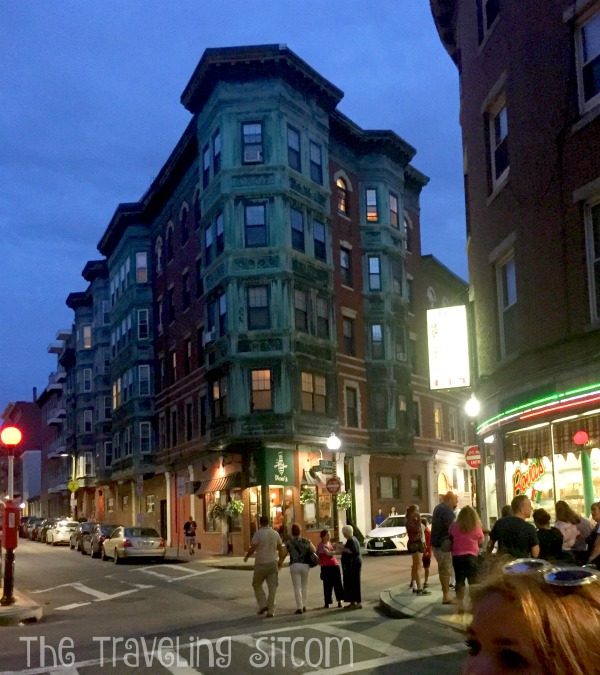 A short walk from Warren Tavern and we find ourself back in the North End.  Our next stop would be Boston’s oldest pizzeria, with an oven from 1883. 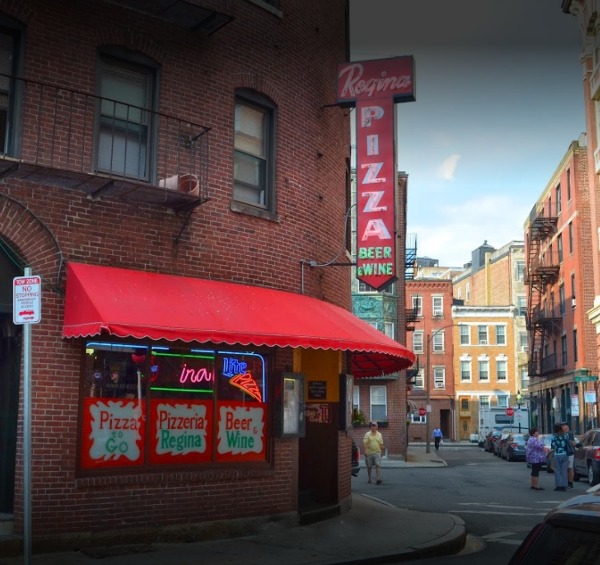 Since 1926, Regina Pizzeria has been greeting guests in the North End of Boston.  The brick oven used was originally built in 1888, making the flavor of the crust quite original.   There is nothing like a brick oven pizza and Regina Pizzeria makes one of the best we’ve ever had.

On any given day, there is a line out the door and down the block of patrons waiting to get into the restaurant.  For that reason, we had take out on the tour and ate it in a local park.

It is definitely worth a trip back! 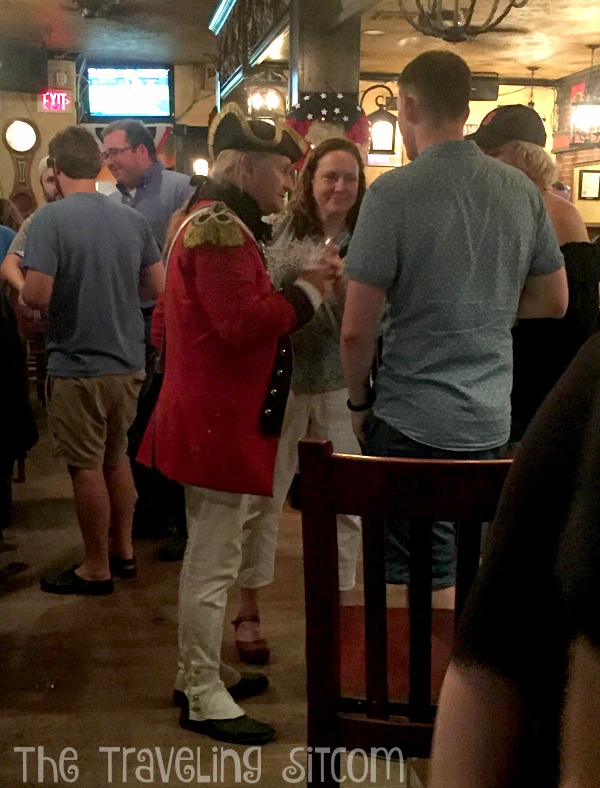 Our tour wrapped up in the Green Dragon Tavern, known as the oldest tavern in America, and the ‘Headquarters of the Revolution.’ Other than the electric lights, this building had not changed in over 200 years!

And you never know just who you might run into?

We highly recommend the Boston Pizza and Beer Tour for those that would love a taste of Old Boston.  The company offers several different historic pizza tours.  Tickets run from $39 to $69 a piece depending upon which tour.  Totally worth it!

We can’t wait to go back.  Dave wants more Cannolis.