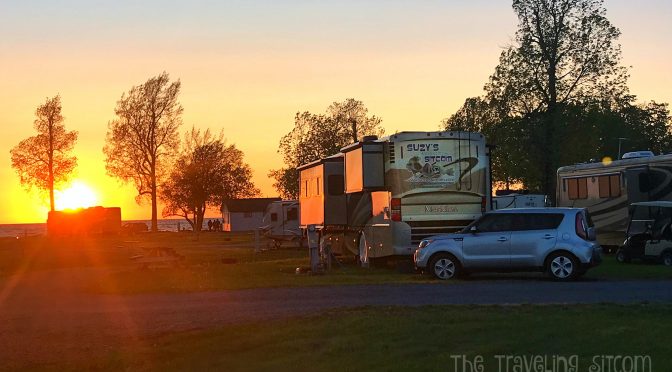 While working our first job in Bar Harbor, we were told often about an amazing campground on an island in Lake Ontario called Association Island.  We were intrigued. Last summer, I contacted the manager there and lined up positions for this summer.   After several years in the arid west, we are going to work on a beautiful island surrounded by lots of water! 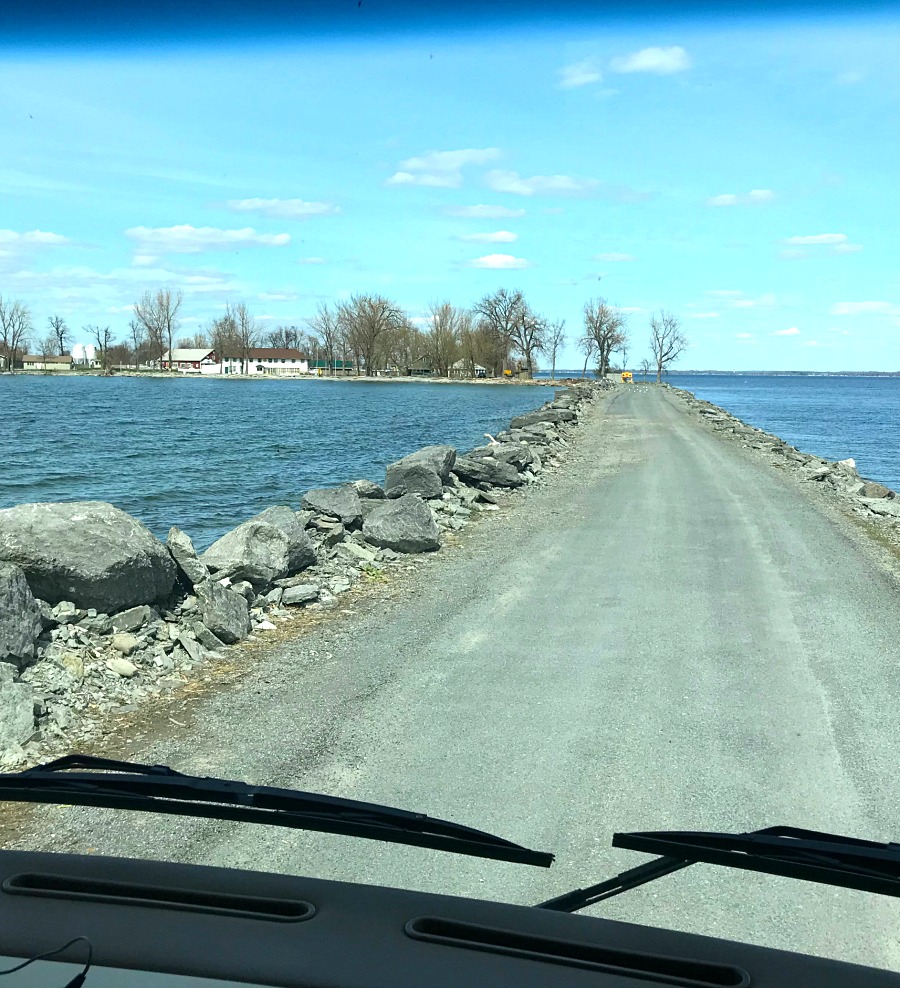 The island is reached by a narrow causeway that is approximately one mile long.  This was our first view of Association Island.  Beautiful blue waters and crisp cold air.  It was May 1, and as you can see, still winter to early spring on the island.

We were a little nervous as we are with any new adventure.  Association Island has been owned by the same family for the last 20+ years.  They had hired a new island manager about two years ago who has worked hard on enforcing rules and improving the island amenities.  There was a lot of push back from campers who had previously done whatever they wanted to do on the island, resulting in mixed reviews on the web.

But life is about the adventure, right? 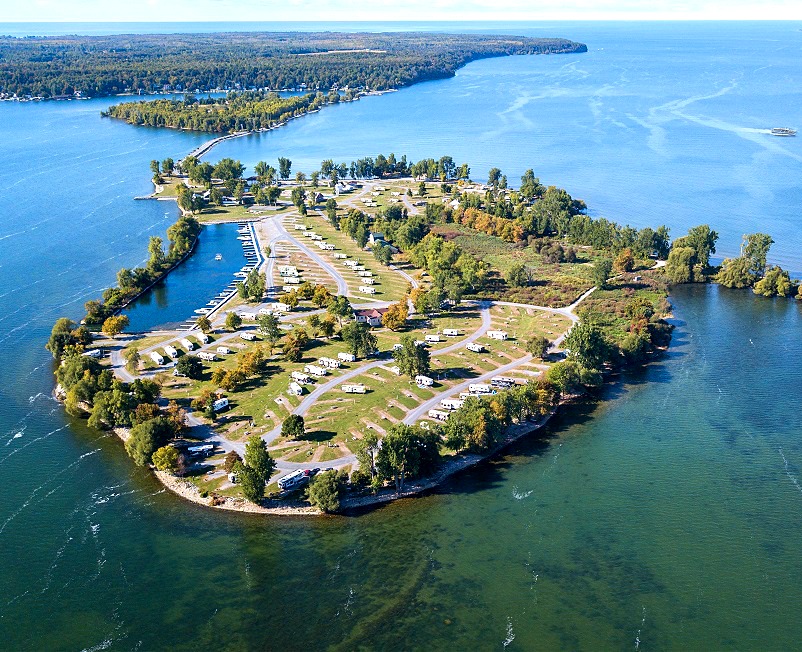 Association Island is located near the town of Henderson, NY on the upper east side of Lake Ontario.  The island has approximately 300 rv campsites, five lakefront cottages and two interior cabins. For boaters, the island has a 68 slip marina and rentable boat slips.

The waterside sites face either the east for sunrises, or the west for sunsets! 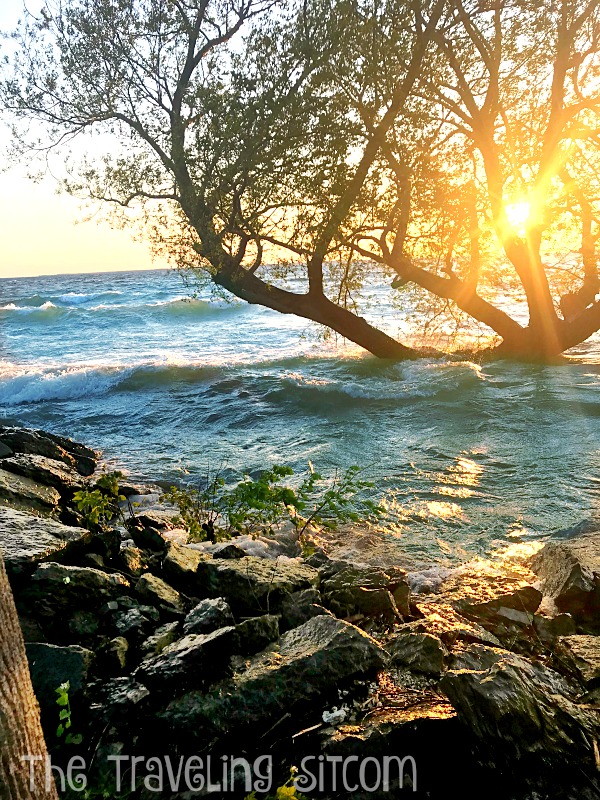 While we are not on a waterside site, we were placed on the west facing side of the island.  We are treated to a beautiful sunset almost every evening!

In 1905 the National Electric Light Association owned the island, which resulted in the name “Association Island”.  Shortly after, it was purchased by General Electric, who used the island for company meetings.  GE management enjoyed team sports, fishing, shooting, golfing, sailing and lavish meals at this island retreat.

General Electric donated the island to the YMCA in 1959.  They ran a summer camp here until about 1967.  In the 70’s, the island was used by the US Sailing Team to prepare for the 1976 Montreal Olympics.

And then it was abandoned for about 20 years.  The Shim family purchased the island in 1999 and restored many of the old buildings.  Here are some great photos that the Shim’s put together.

As you can see, there was much restoration involved in creating this beautiful campground and preparing it for the enjoyment of others. 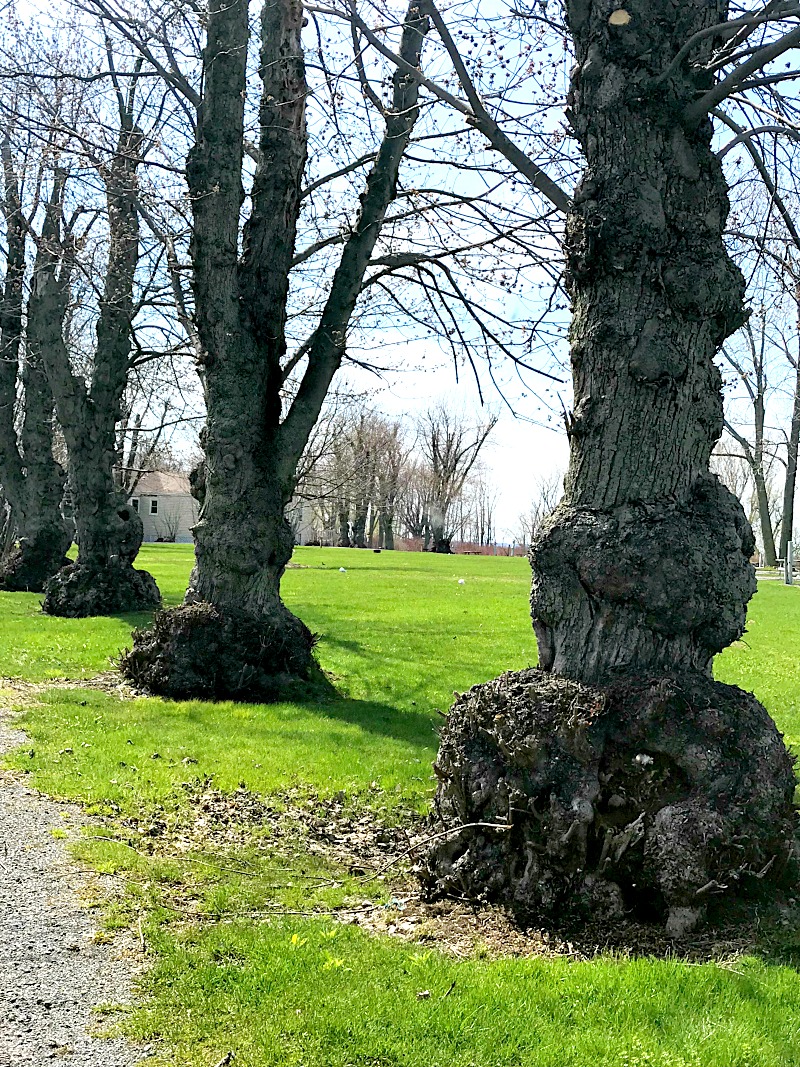 The trees here are as old as the island.  These Cottonwood trees have seen many years of winter weather and heavy winds. 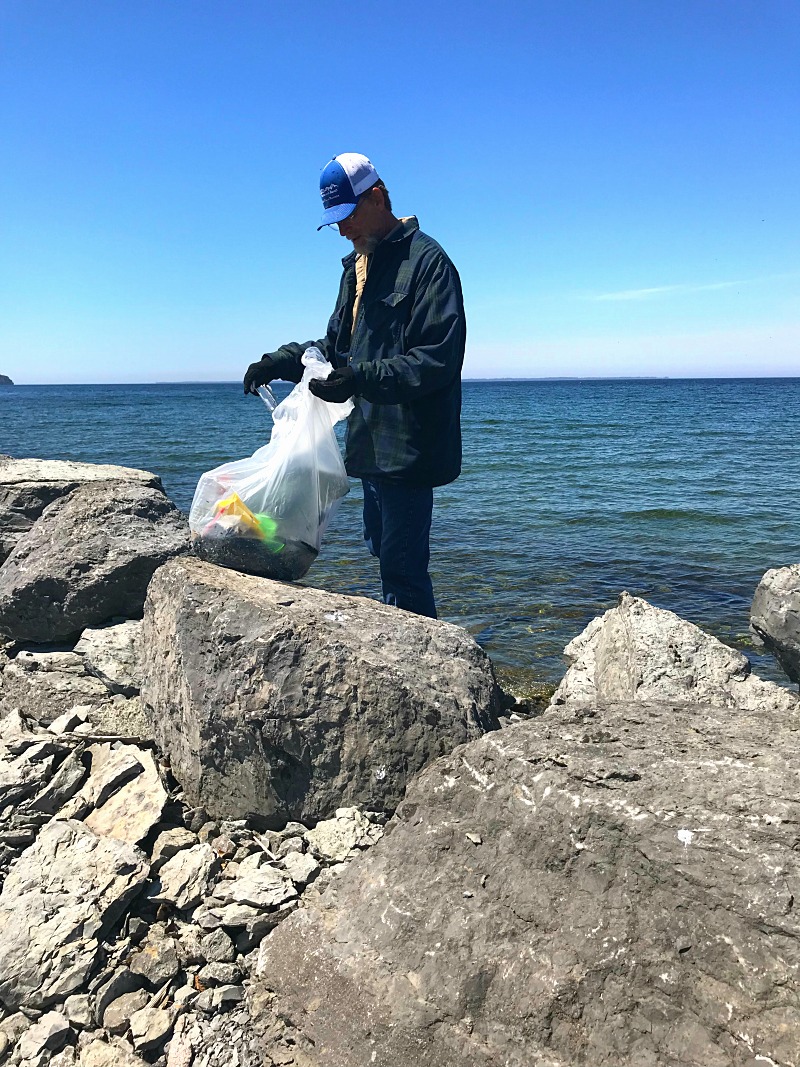 Winter on Association Island is tough.  The weather includes heavy snow and high winds.  They call it the “Lake Effect”.  Winds come directly off the water and are cooled by that water.

Over the winter, much had accumulated along the shores and we were put to work collecting trash and making the island beautiful again. 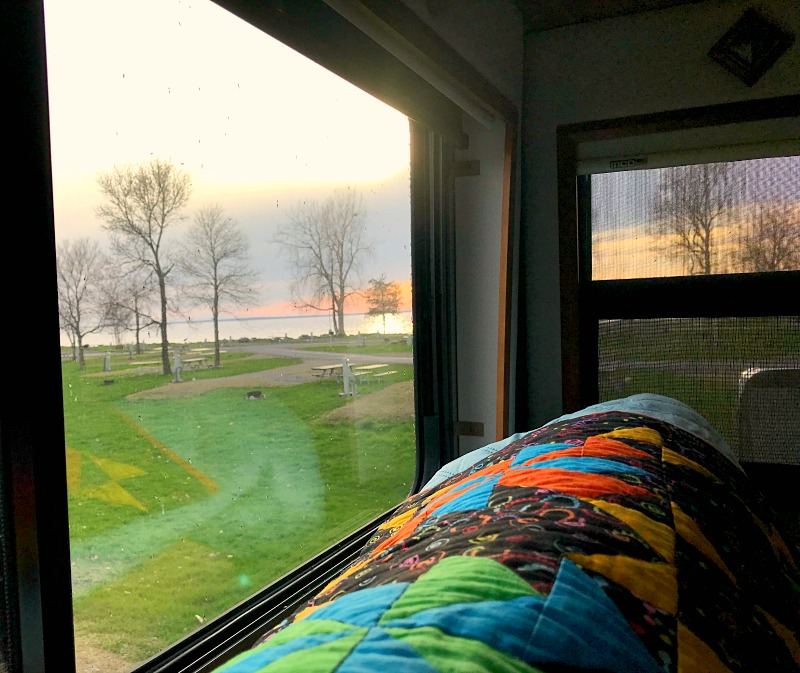 This is the amazing view from our livingroom window! Right now we have a beautiful view of the water.  Of course, that will change when the campground fills up.  In the meantime, we will enjoy the view. 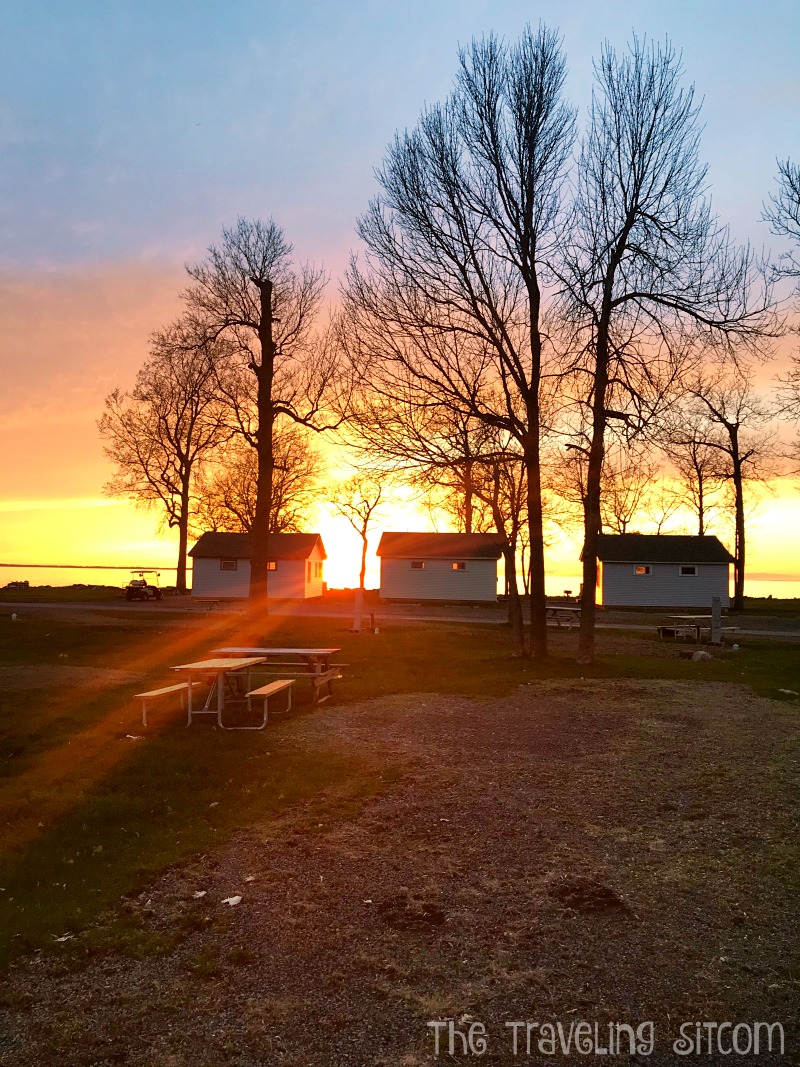 And enjoy the amazing sunsets! 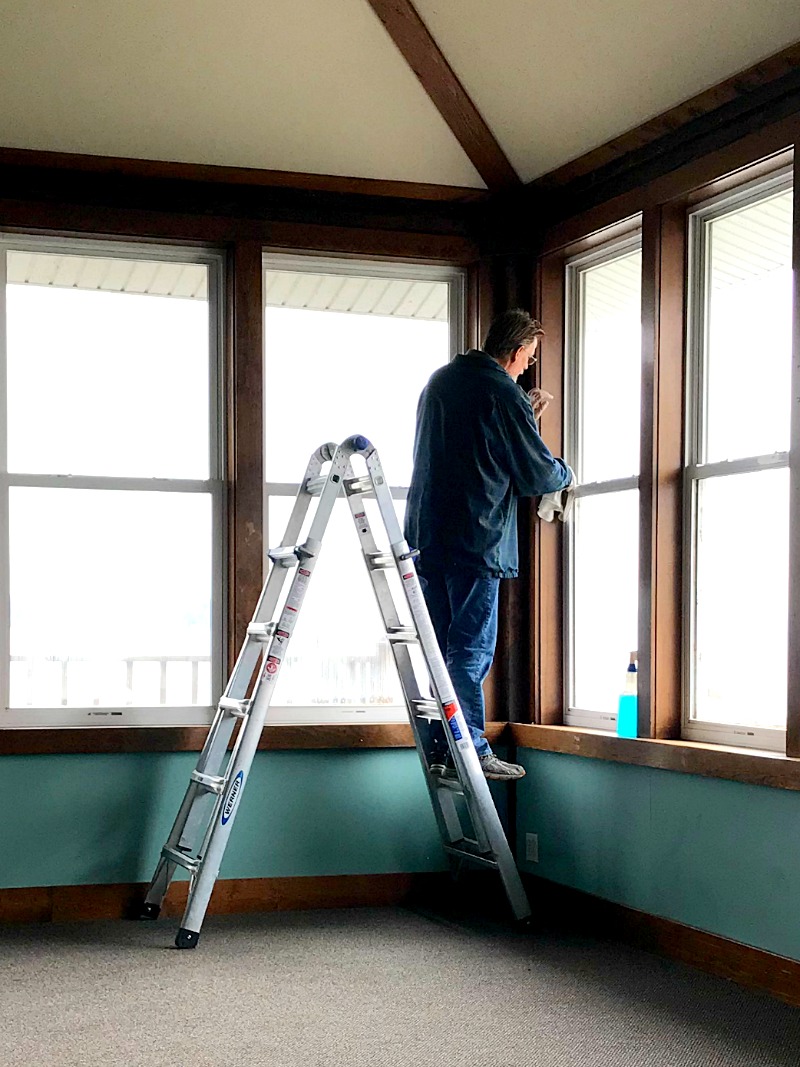 We were tasked with heavy cleaning upon arrival.  The winter is super hard on all the old buildings on the island.  This is the main conference center which used to be the lunch hall when GE owned the island.  It is now used for weddings and large gatherings. 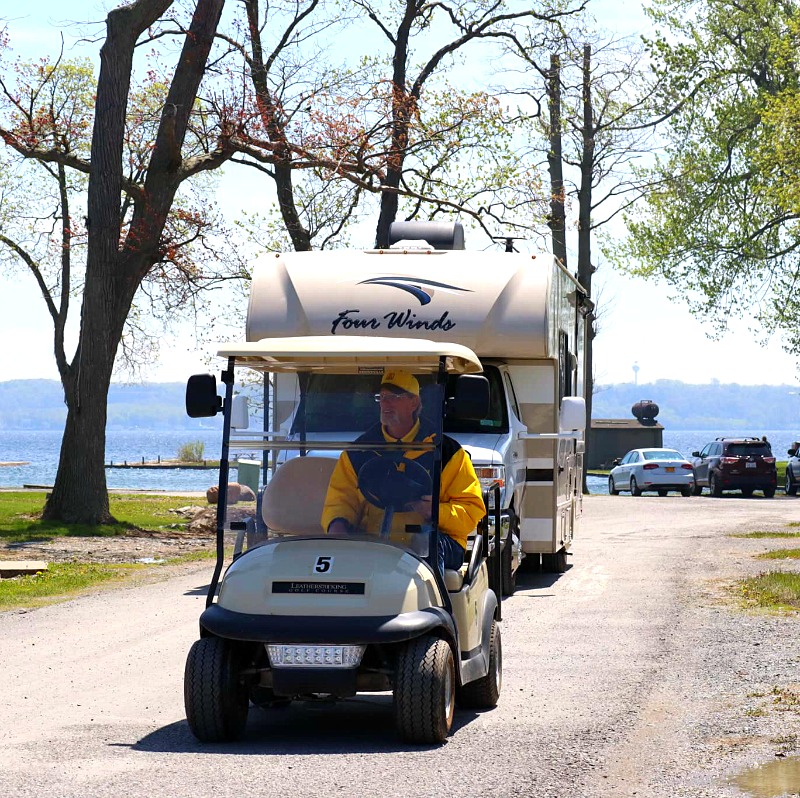 The island opened for business on May 17 and we had guests right away.  As you can see, spring finally started to arrive, but we are still in heavy coats!  Dave’s current job is escorting guests and assorted maintenance.  Mine is front desk.

We will be opening a new pizza kitchen on the island hopefully before the July 4 weekend.  Dave and I will be in charge of that.  We are excited about that! 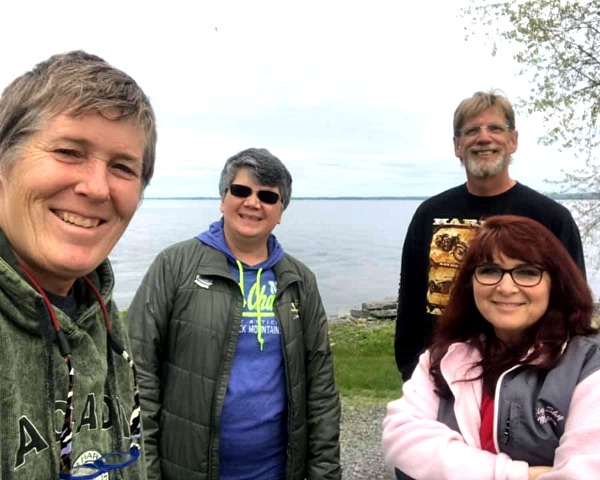 Our friends, Kate and Allison, joined us for a visit a few weeks ago.  It was wonderful seeing them again!  We last worked with them in Bar Harbor Maine in 2015.  We love having friends all over the country and it is great to run into them again.

Kate and Allison are currently working at Lake Placid KOA in upstate New York.  We hope to take a few days off and visit them too! 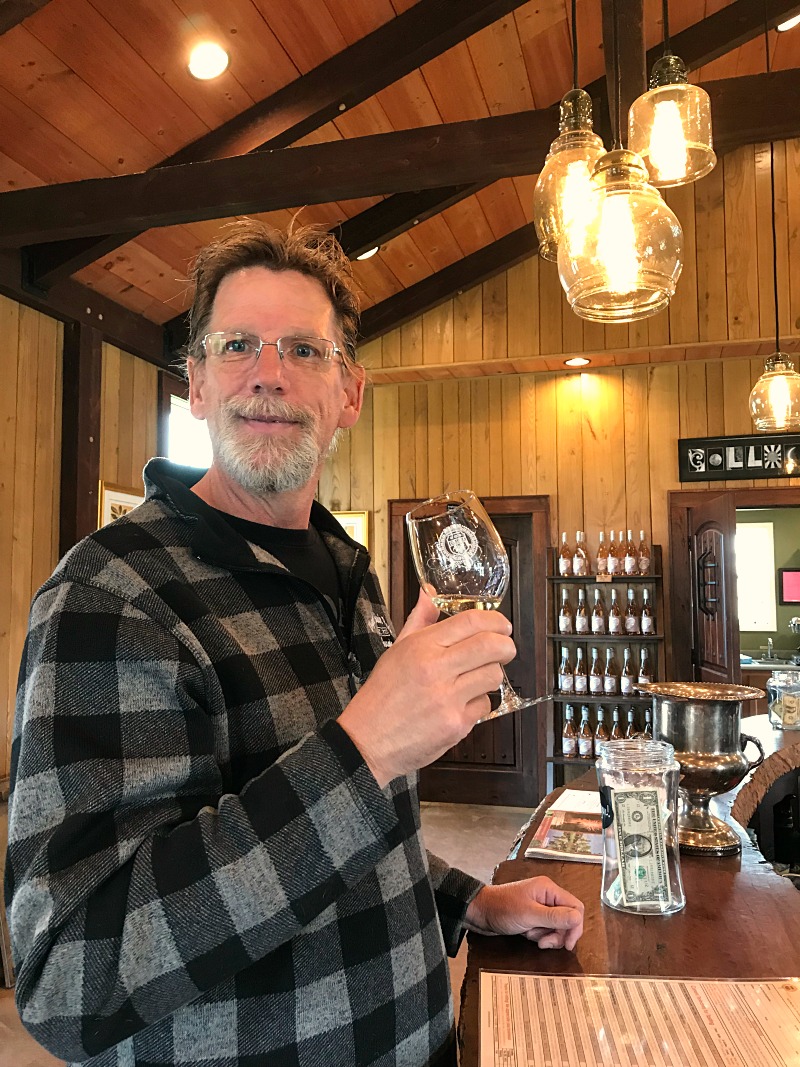 Of course, we are taking the time to explore the area!  One of our first stops was the Colloca Estate Winery in Fair Haven, NY.   It seems that this part of New York State is famous for its many wineries!  Looks like we will be checking out a few of them while we are here! 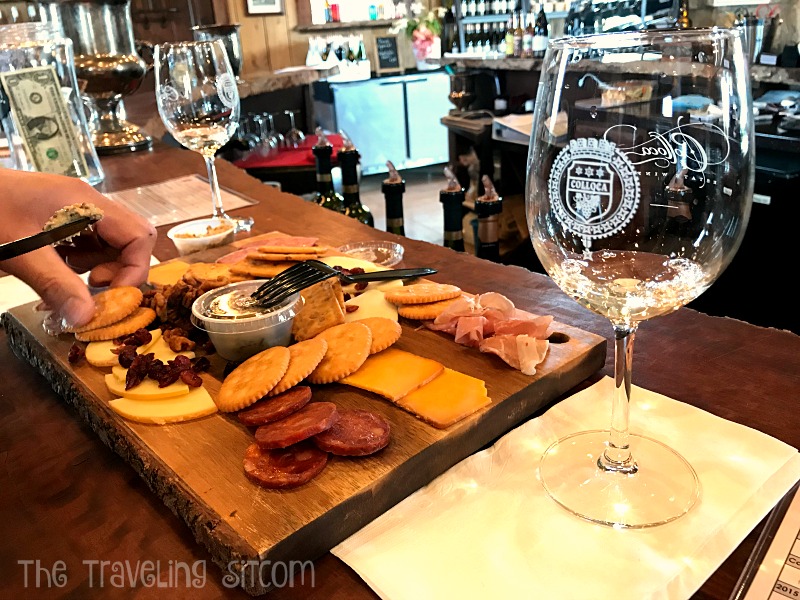 Colloca Estate Winery offers a fun wine tasting with many of its most popular wines.  We purchased this yummy plate of extras to go along with the wine. 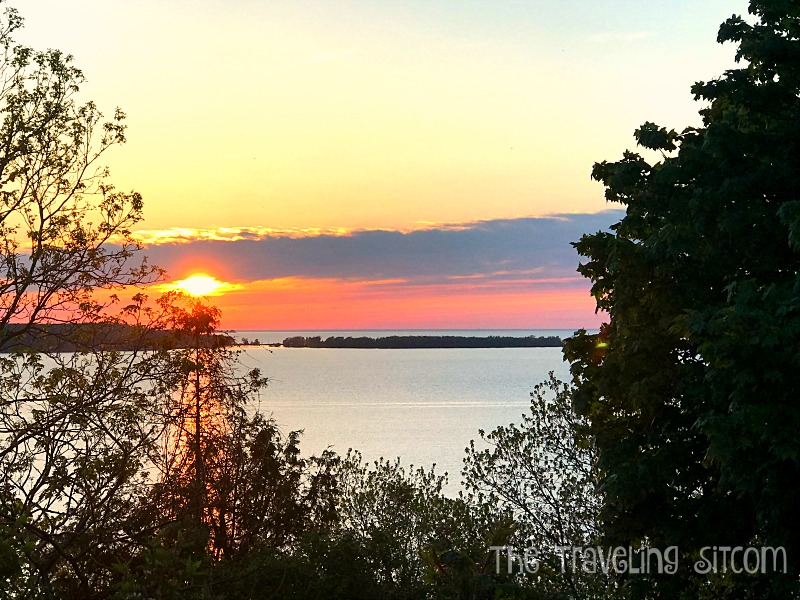 So far, we are really loving this season on the island!  We have lots to look forward to including some fun adventures in Canada (which is just an hour away), exploring upstate New York, the Thousand Islands, and taking on a new job in the pizza kitchen!