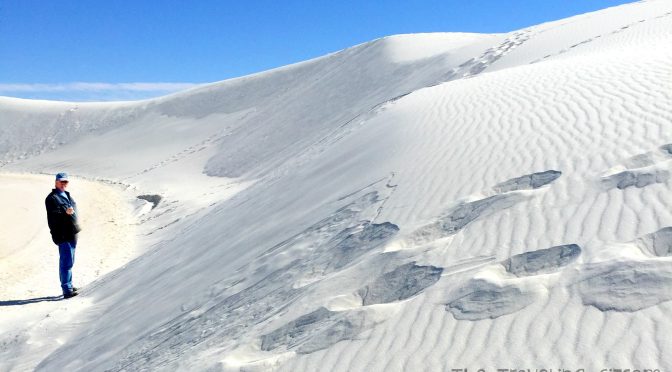 Well, lets backtrack a bit.  I want to tell you a bit about the sites that we were able to visit on our way from Tucson to Atlanta.  We took about three weeks to cross the country, which gave us time to do a few tourist things.  Our first major stop was the little town of Alamogordo, NM and White Sands National Monument. 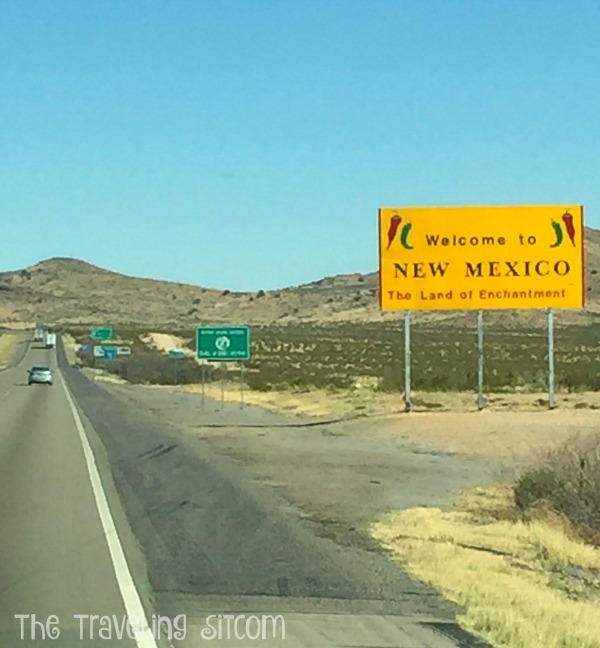 Crossing into New Mexico from Arizona, we were not sure what to expect.  Arizona had been a big surprise.  Where we had expected nothing but desert, we found mountains, forests and amazing things to see and do.  New Mexico just might surprise us too! 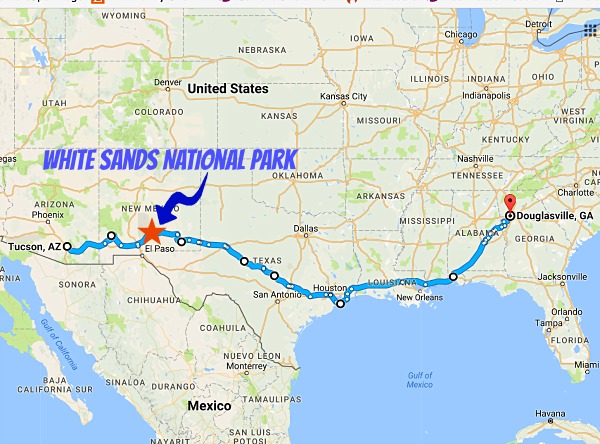 White Sands National Monument is a unique experience.  There’s really no other place like it on the planet.  It’s the world’s largest gypsum dunefield, with miles and miles of stunning white landscape. 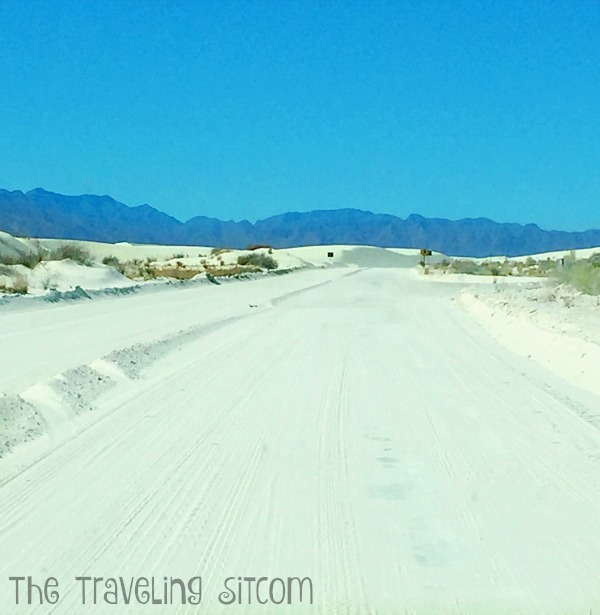 Surrounded by mountain ranges on all sides, the basin of white sand dunes is roughly 275 square miles.

Driving into the park, you follow a road that increasing becomes packed sand.  With the constant movement of the dunes, this roadway needs to be plowed daily and driving along it, reminds me of a freshly plowed snow covered road. 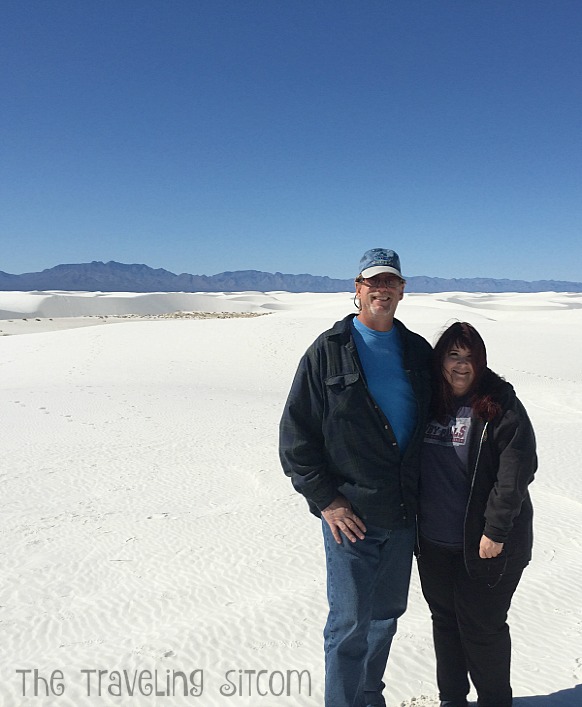 Gypsum rarely occurs as sand because it is water-soluble. Normally, rain would dissolve the gypsum and carry it to the sea. Because this particular basin has no outlet to the sea, it traps dissolved gypsum from the surrounding mountains.  As the water sinks into the ground, it leaves crystals of gypsum. 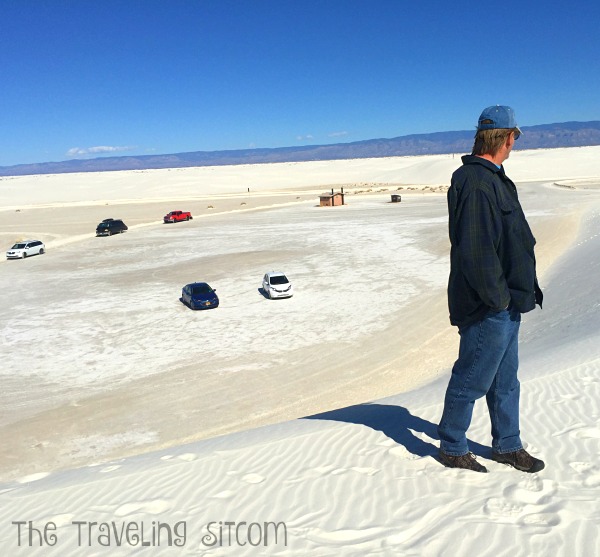 It is hard in photos to give perspective of the size of this place.  In the photo above, Dave and I are standing on a dune looking down at our car below. 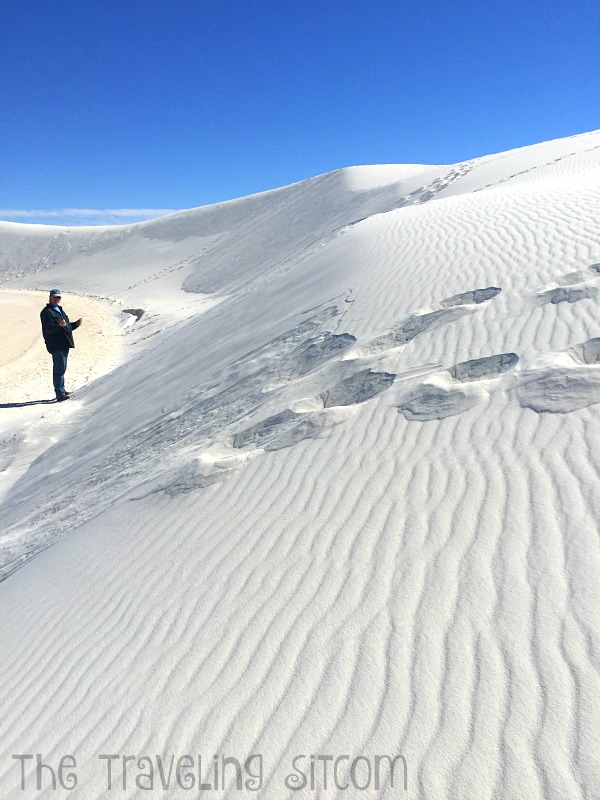 Because the park lies completely within the White Sands Missile Range, both the park and U.S. Route 70 between Las Cruces, New Mexico and Alamogordo are subject to closure for safety reasons when tests are conducted on the missile range. 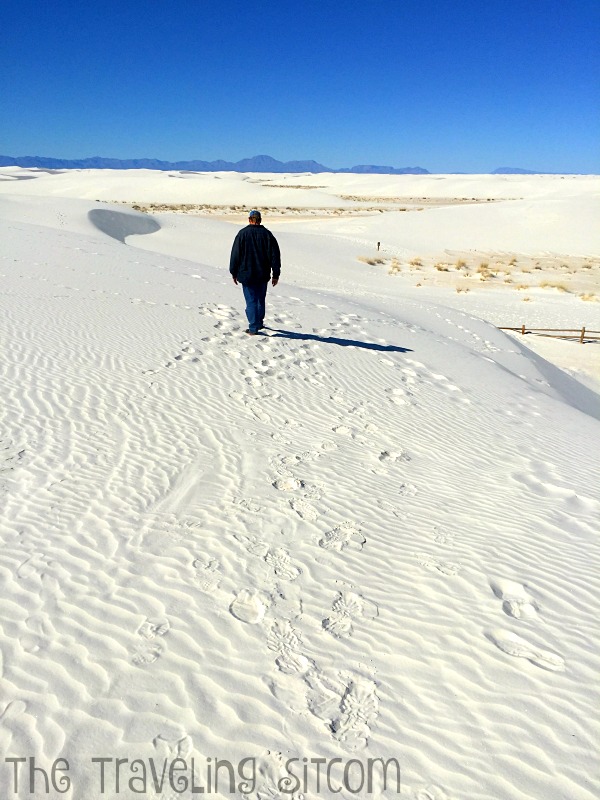 Miles and miles of white sand.  But unlike actual quartz based sand crystals, gypsum does not get hot under the summer sun.  In fact, the dunes are great for downhill sledding along with hiking.  Just be sure that you follow the signs and bring plenty of water.

The desert can be a beautiful, yet deadly place.

High in the clouds: Cloudcroft, NM

Now lets take a look at where all that gypsum comes from!  Just a short drive in the other direction from Alamogordo, high up in the mountain range is the town of Cloudcroft.  Located at 8,600 feet above sea level, Cloudcroft is one the highest towns in the US. 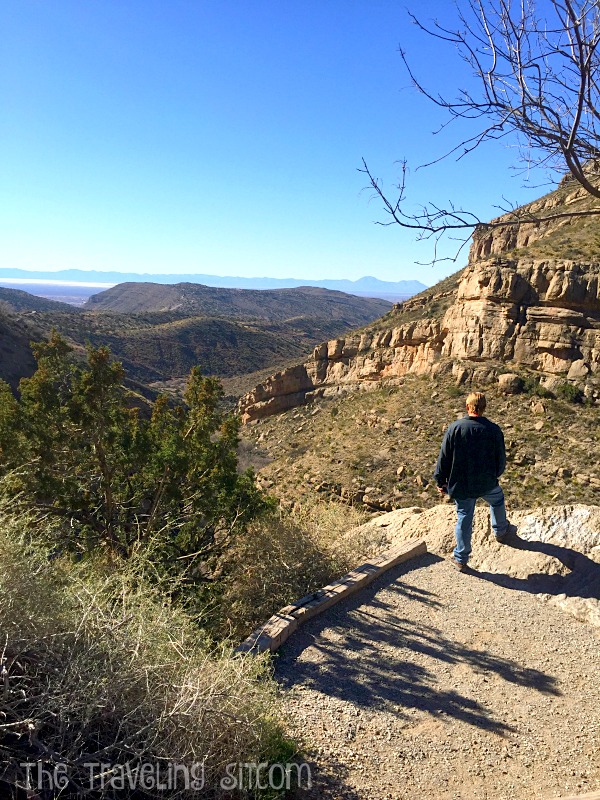 Following the winding road to the top takes about 30 minutes, with lots of places to pull over and enjoy the vistas.  In the photo above, you can see White Sands National Monument in the distance.  The rock that Dave has his foot on is gypsum.  Here is where White Sands begins. 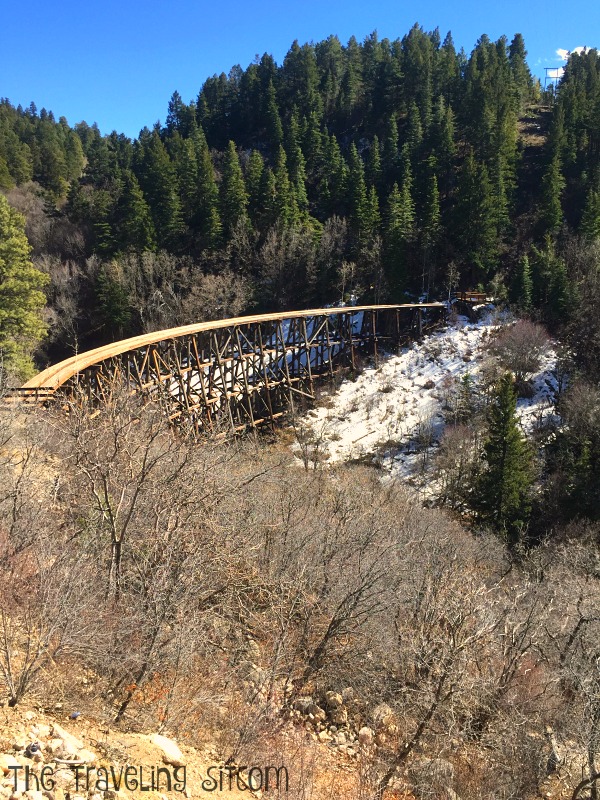 Back in the early 1900’s, Cloudcroft was a major tourist destination.  Due to the altitude, it was the perfect place to get away from the desert heat.  A rail line was created to bring those tourist up from Alamogordo.

Climbing from the valley into the mountains required numerous trestles, switchbacks and grades as steep as 6.4 percent.

With the arrival of US Route 82 to Cloudcroft around 1945, traffic on the railroad line diminished. Southern Pacific discontinued passenger service in 1938, and freight service in 1947; abandonment of the line came soon after in 1948.

The only evidence of the railroad line today is the remains of the trestle over Mexican Canyon, as seen above. 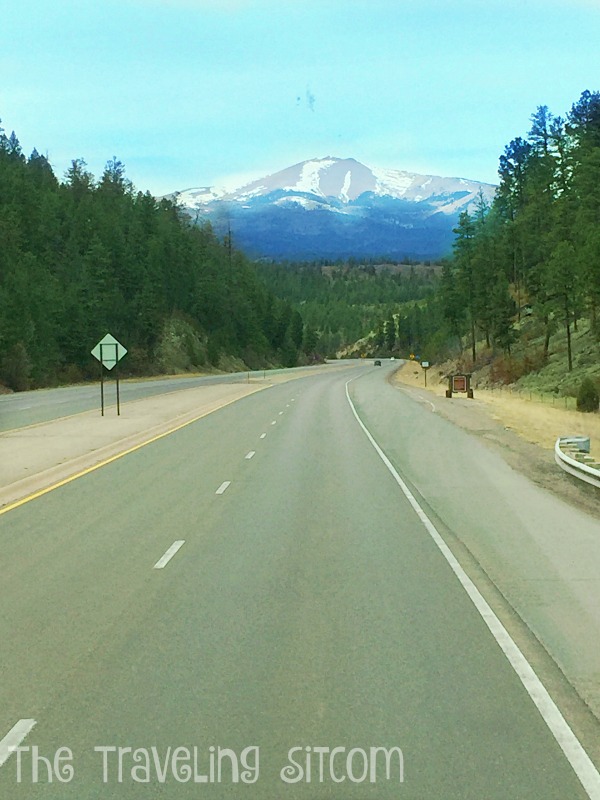 Our visit to New Mexico had just begun.  Our next stop along the way east would be Carlsbad Caverns.  We heard they had bats.  Can’t miss that!

3 thoughts on “A visit to White Sands National Monument”