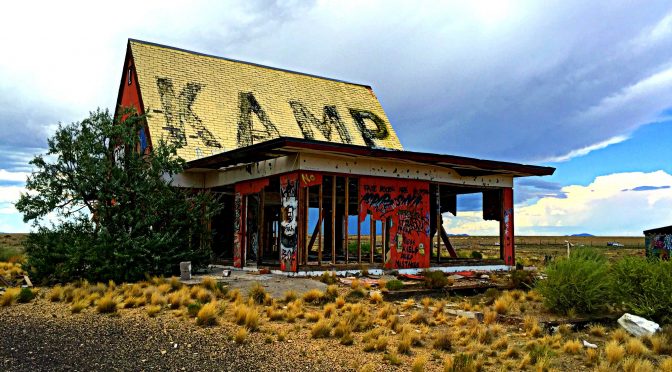 We decided to drive out to see the Petrified Forest and the town of Winslow.  Because we felt the need to get a photo on the corner, right?

But just west of Winslow, we took a detour when we noticed some amazing looking ruins along side of the interstate.  And I’m so glad we did.  We stumbled upon the ghost town of Two Guns; a town with a sad and terrible past.

We were not aware of the history behind this place as we were exploring, but I managed to do some research and found out some very interesting things! 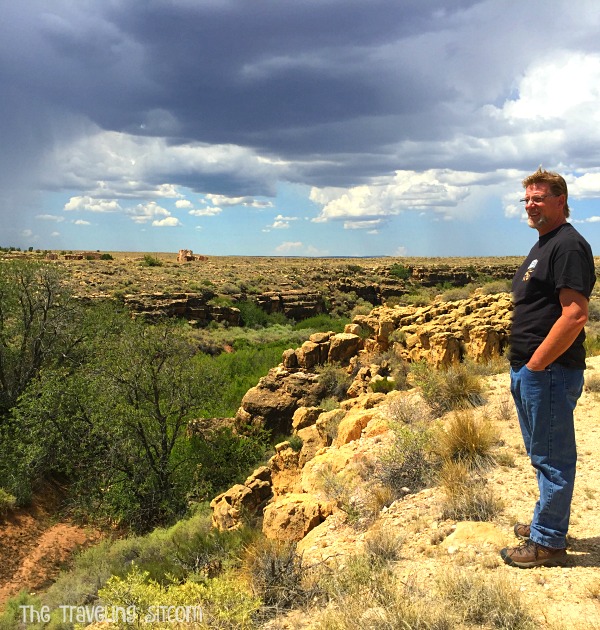 The area that became Two Guns was originally Navajo and Apache territory.  In the late 1800’s, a total of forty-two Apaches lost their lives in a show down with the Navajos.  The Apaches were burned to death in a cave in the canyon located on this property. 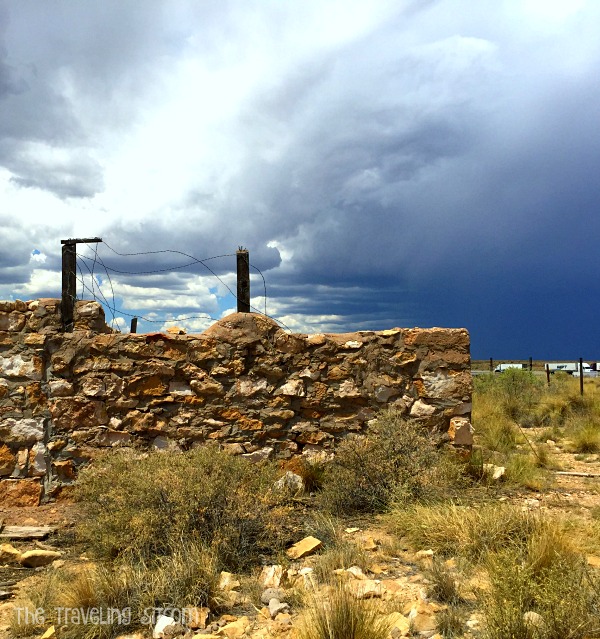 After this terrible incident, the Apaches and the Navajos never returned to this area.  To this day, the Navajo believe the Two Guns area is possessed by Chindiis, their term for “ghosts of the dead”.

And the history of the area after the massacre is curiously dark.  Enough so that I was glad we did not stumble upon the Death cave or go anywhere near it. 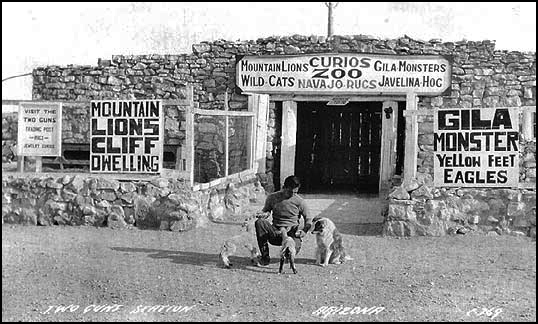 In the early 1900’s, taking advantage of the traffic along the newly named Route 66, a local resident named Henry Miller created the town of Two Guns.

He added a gas station, over night accommodations, a cafe, souvenir shop and even a zoo. 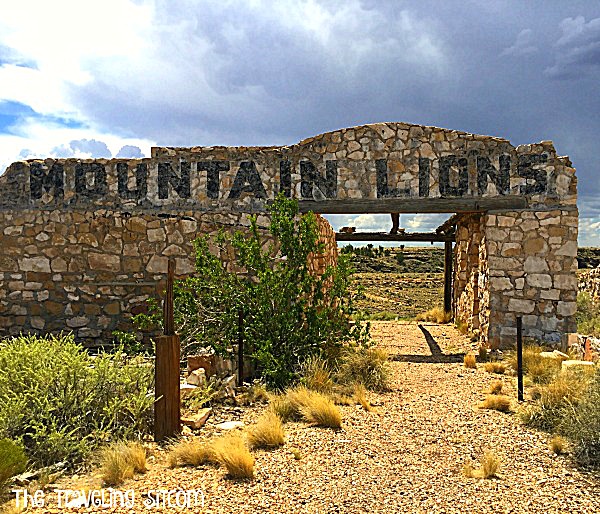