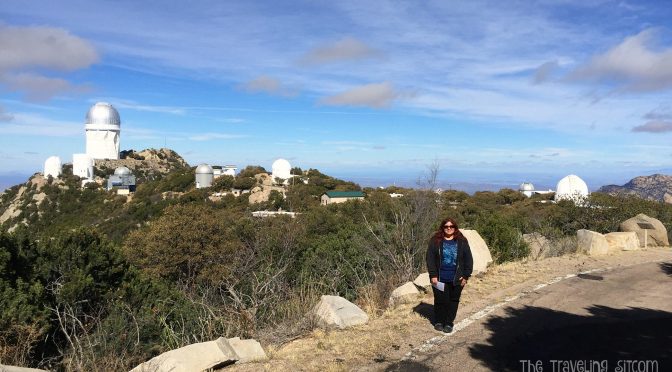 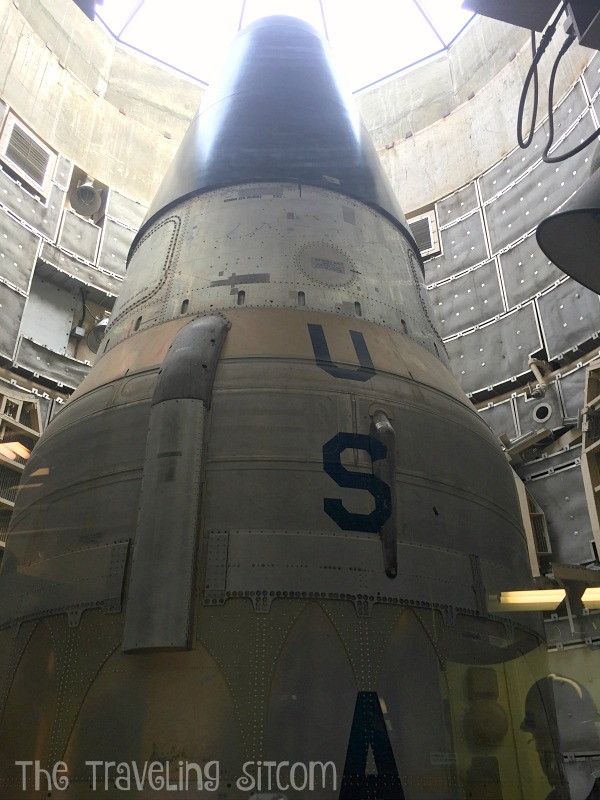 One of the things I love about staying in an area for a little while is learning some of the history that surrounds you.  In this case, the history was underground and even a little scary when you think about it.

At the Titan Missile Museum, located about 30 miles out of Tucson, you can journey through time to stand on the front line of the Cold War. The preserved Titan II missile site is all that remains of the 54 Titan II missile sites that were on alert across the United States from 1963 to 1987. 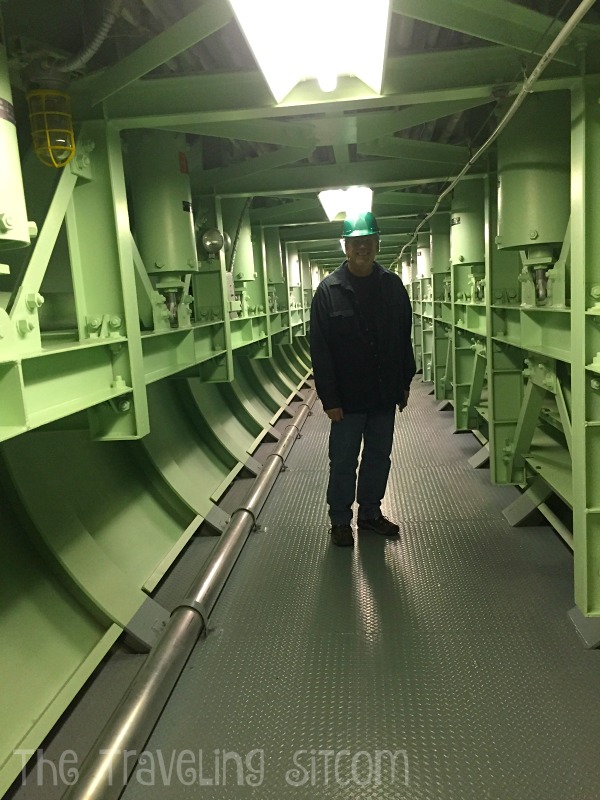 Taking a tour of the Titan Missile Museum gives you an up close and personal look at what was once one of America’s most top secret places.

This particular silo became operational in 1963 and was deactivated in 1982 as part of President Reagan’s decommissioning of the Titan II missiles as part of a weapon systems modernization program. 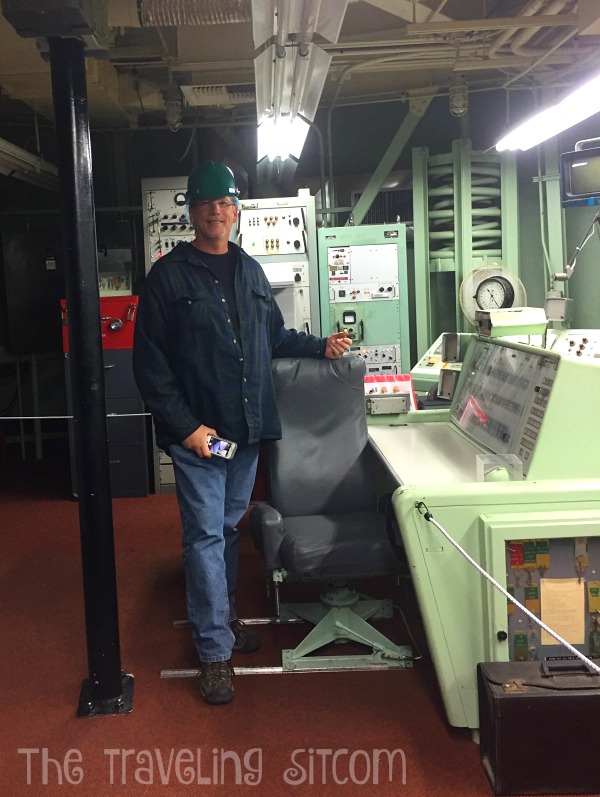 During the tour, you get to see that actual control panel area.  This panel had the capability to launch the missile from its underground silo in just 58 seconds.   The Titan II was capable of delivering a 9-megaton nuclear warhead to targets more than 6300 miles away in about just 30 minutes.

In accordance with a US/Russia agreement, the silo doors are permanently blocked from opening more than half way. The dummy reentry vehicle mounted on the missile has a prominent hole cut in it to prove it is inoperable. 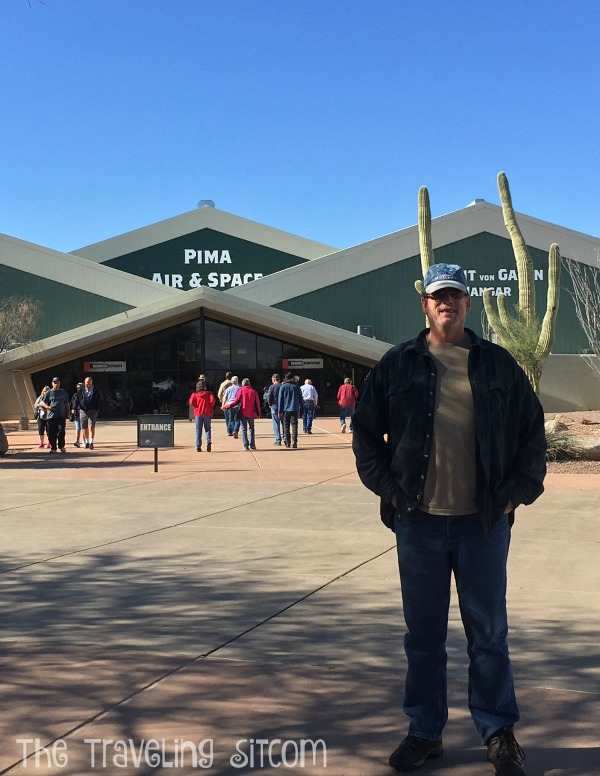 The Pima Air & Space Museum, located near downtown Tucson, is one of the world’s largest aerospace museums. It currently features a display of nearly 300 aircraft spread out over 80 acres.

As a former aircraft mechanic for the USAF, Dave was particularly interested in this museum and the huge aircraft boneyard located nearby. 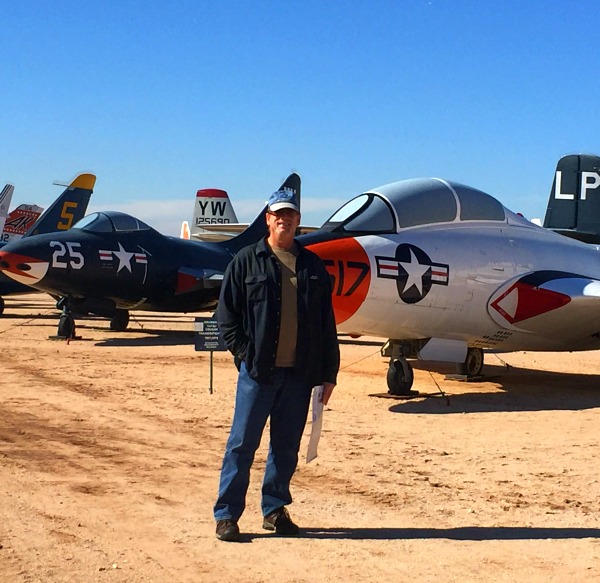 There are options to have a guided tour on a tram or you can walk it at your own pace. The boneyard tour is only accessible via a tour guide.  Both are worth the look and even I, (an uneducated aircraft lookiloo), found the place fascinating.

The museum’s main hangar houses interesting aircraft such as a SR-71A Blackbird, an A-10 Warthog, a United States Air Force Through the Years exhibit, and a mock-up of a control tower. 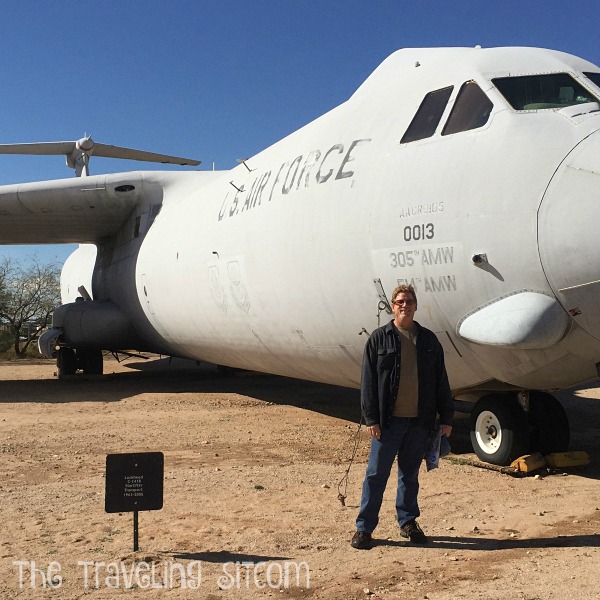 Outside, Dave located the type of plane that he used to work on when in the military.  Naturally, I had to take a photo. 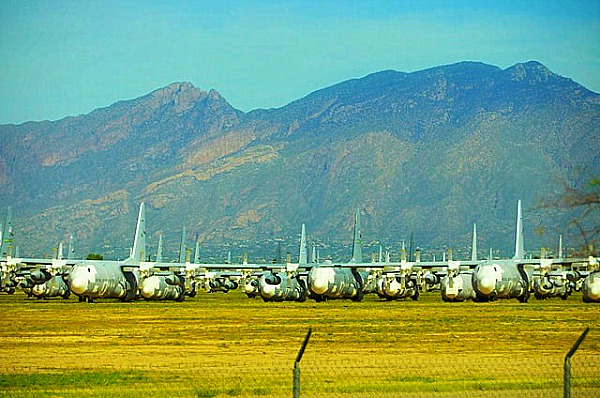 The museum is located next to Davis-Monthan Air Force Base. The 309th Aerospace Maintenance and Regeneration Group (AMARG), affiliated with the base, also known as the “The Boneyard”.  It is the largest aircraft storage and preservation facilities in the world.

Literally hundreds and hundreds of stored planes as far as the eye can see.  They are the caretakers of nearly 4,000 military aircraft headed for scrap, storage or even potential rebirth.

They are stored here due to such things as war damage, aging, lower demand or increased expenses.  Many were left abandoned due to aircraft upgrades to jet engines in the 1970s, or due to the 9/11 disaster aftermath in 2001. 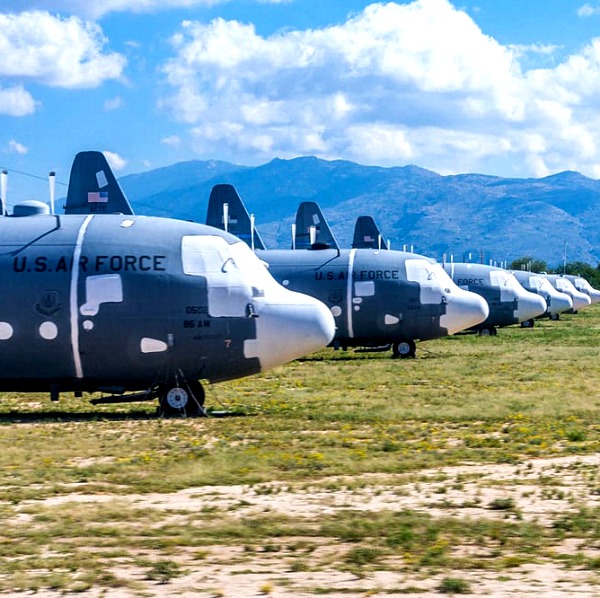 The aircraft are generally preserved and sealed by being coated in a layer of latex mixture, which protects the interior and reflects heat, while oil is used to fill tanks and preserve the engines.

Some planes in the boneyard can be used again in the future, so aircraft inspections often occur at intervals of around four years, while other planes are commonly used for spare parts.

The history and stories being told all around you while touring the museum and boneyard are all worth the visit.

Take the time while in the Tucson area to visit these amazing sites of science!

3 thoughts on “The Science of Tucson”