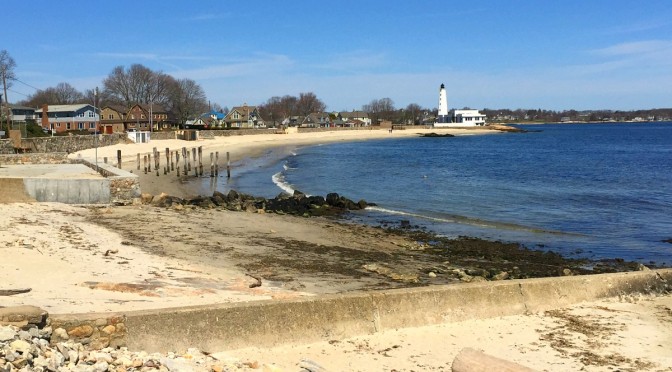 Driving north from Hershey, we rolled into Aces High Campground in East Lyme, CT.  We took a slight departure from KOA and chose this campground based on the fact that it was close to the ocean and boasted lakeside lots. 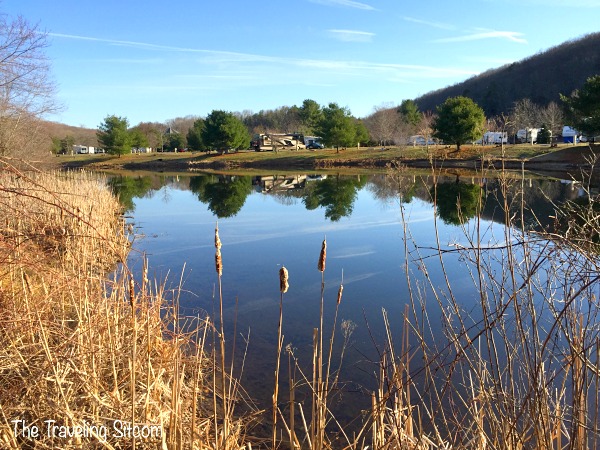 The weather was beautiful and we managed to get a spot right along side the lake.  Well, I have to admit that we were pretty much the only ones there.  We shared a campground with geese, ducks, and about 10 RV’s that were being stored there for the winter. 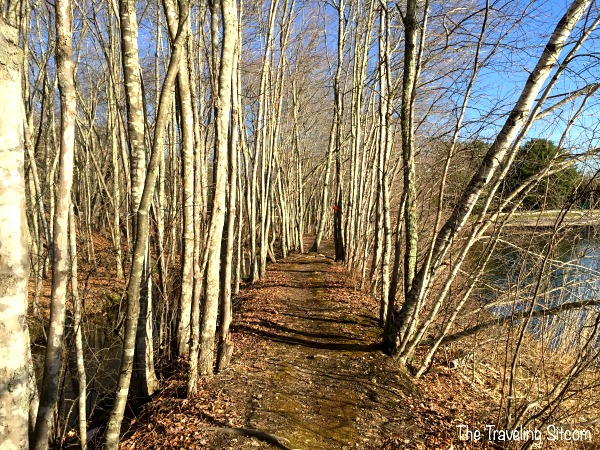 The dogs and I discovered a great walking trail that took us all the way around the lake.  Cool shot, right?  Of course after taking the photo, I had to spend 20 minutes untangling Faith from tree trunks.

Oh, and it was about a minute after that when my brand new (six day old) iPhone 6 suddenly bit the dust.  As a professional blogger with a major dependency on my mobile hot spot, this was a big deal. 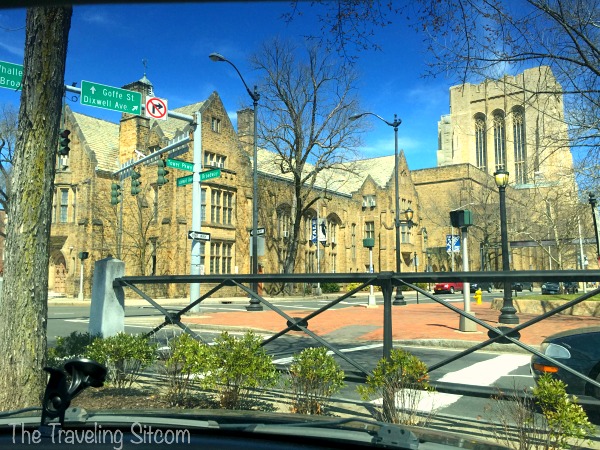 So we ended up spending our entire first day in Connecticut looking for someone to replace my iPhone6.  You see, AT&T (while they were happy to take my money), do not support the iPhone.  They told us we would need to go to Apple.

We ended up having to drive an hour to the Apple Genius Bar in New Haven in order to get my phone replaced.  The day actually turned out much better once we got there.  The Genius Bar was located right in the center of Yale University.  They cheerfully replaced my phone and we were able to see Yale University up close and personal at the same time! 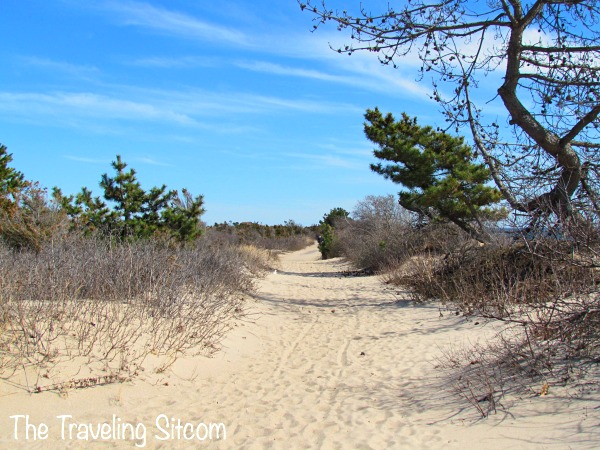 On the way back home, we did a detour to the coast and enjoyed some beautiful sandy beaches.  Dave challenged me to a 2 mile hike along this sandy trail.

Ever tried to walk for two miles in loose sand?  My daily exercise quota was totally met.  In fact, I’m going for another aspirin right now… 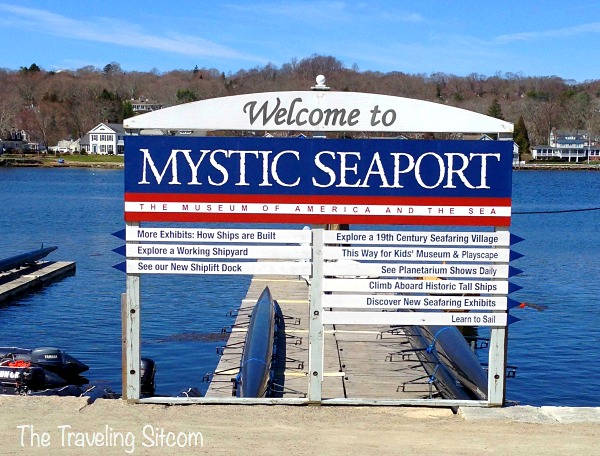 The next day, we visited Mystic Seaport.  Not doing any research up front, I assumed that Mystic Seaport was just a huge harbor full of ships. 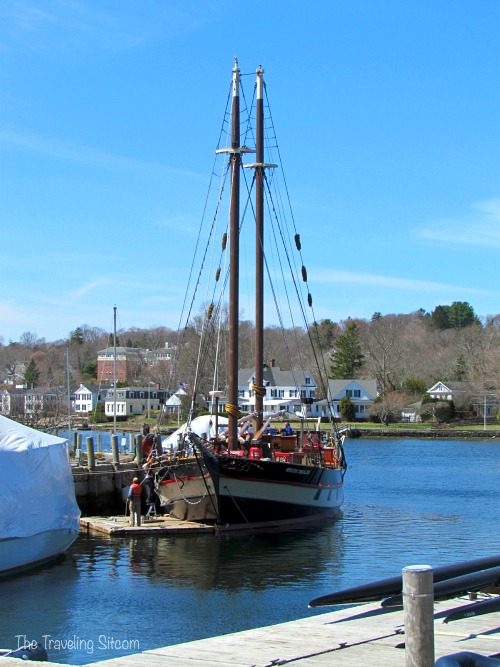 It turns out that Mystic Seaport is the nation’s leading maritime museum. It is home to four National Historic Landmark vessels, including the Charles W. Morgan, the last wooden whaleship in the world.  The museum features a working preservation shipyard, a re-created 19th-century seafaring village, exhibits and even a planetarium. 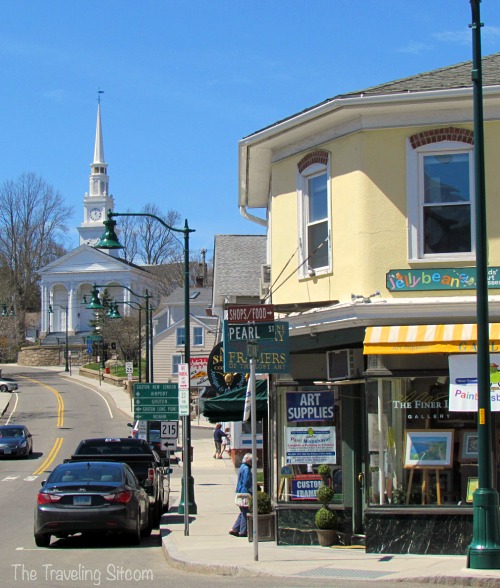 The town of Mystic was quaint and colorful, and full of art! Totally my kind of town. 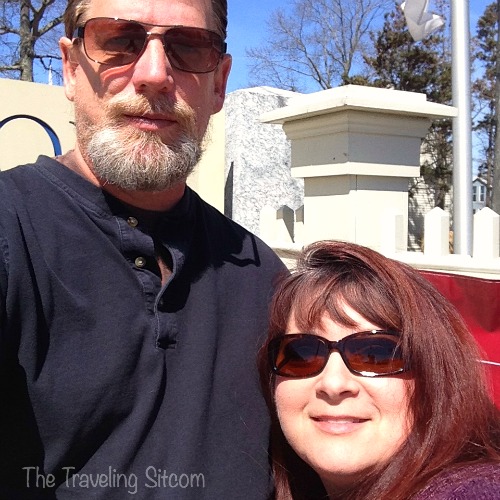 You know, my sister has perfected the selfie with her face in the foreground and something awesome behind her.

For the record, it was a boat. 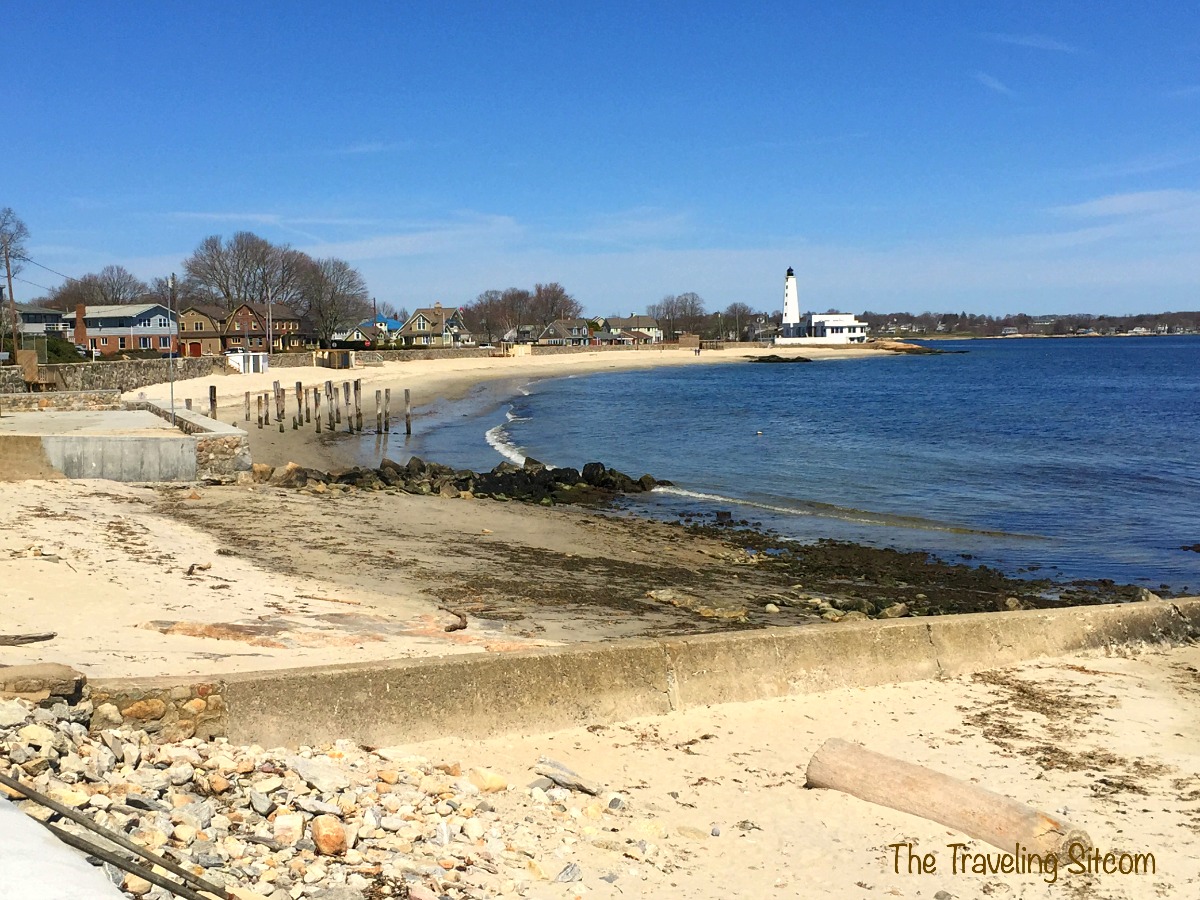 And I certainly cannot talk about Mystic without mentioning the lighthouses!  The New London Harbor Lighthouse was originally built in 1801.  The keeper’s dwelling is now a private residence, but the lighthouse is still active. Tours need to be arranged for this lighthouse by appointment only, so we didn’t get to see it up close and personal. 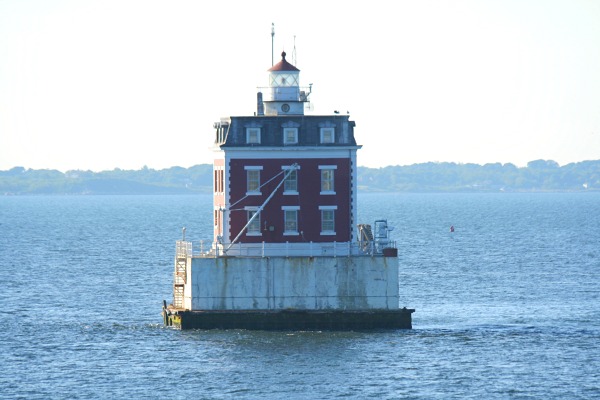 And there is the New London Ledge Lighthouse!  This one fascinates me because it has been featured on several ghost hunting shows.  I love ghost stories.

This floating lighthouse, originally built in 1901, is famous for the ghost of an early keeper, nicknamed “Ernie,” who allegedly haunts the lighthouse.  Lighthouses keepers in the past have reported unexplained knockings, doors opening and closing repeatedly, the television turning on and off by itself and even the unexplained removal of sheets from beds! 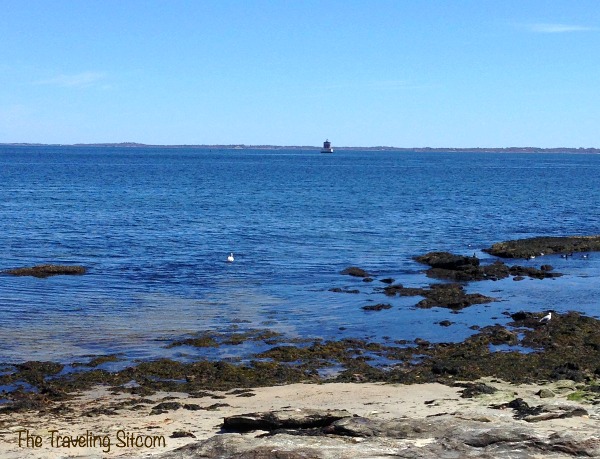 Unfortunately, the only way to get to this little lighthouse is by boat, so this is the closest I was able to get to it.

I’m sure Ernie was very disappointed…

3 thoughts on “The beautiful coast of Connecticut!”