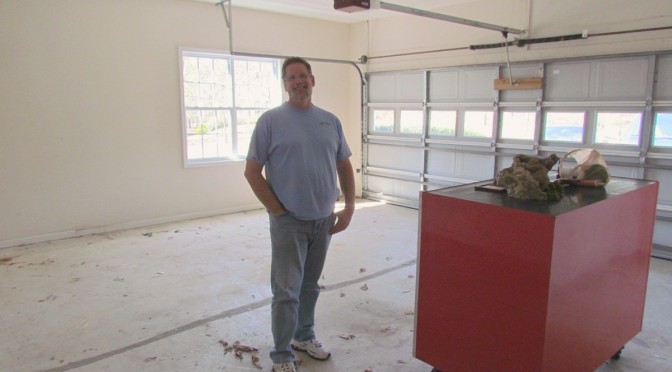 It has been a tough few weeks.  Part of becoming full timers of course involves getting rid of about 99% of your possessions.  It can be a very draining and emotional task.  You don’t really realize how attached you are to some things until you have to get rid of them.

There are all the things we have accumulated over the past 23 years of marriage.  All the things that we bought and used and loved.  What to do with photos and personal items?  What about all my artwork?  Dave’s tools?  His truck?  So many things! 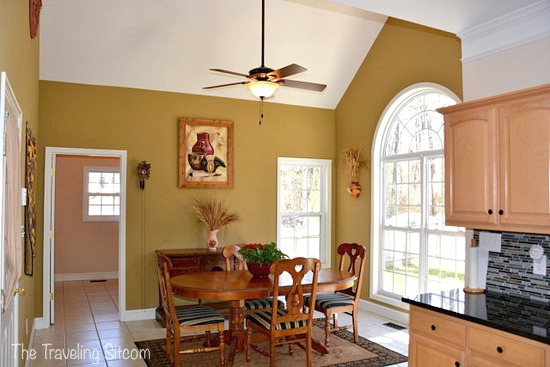 Our first step was to hire an Estate Sale company.  In came Kimy from Peachtree Estate Sales.  Kimy was upbeat and energetic and said she could sell about 90% of our property in a three day sale. 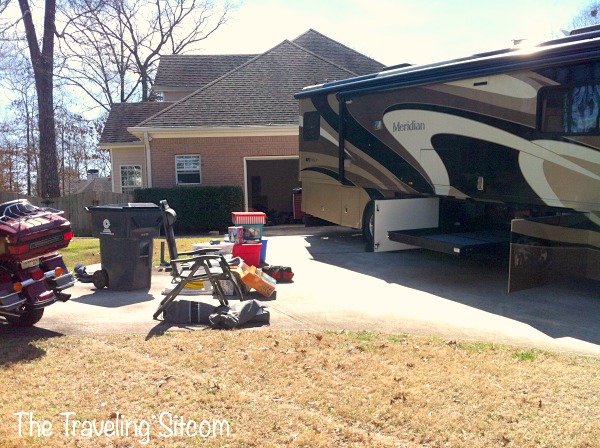 So we went through the house with a fine toothed comb, pulling out everything that we wanted to take and loaded it on the RV.  Then we removed personal things such as photos and other momentos, which my sister was nice enough to store.

How much stuff could a person own?

Well you may be surprised.

We spent an entire two days hauling junk from under the house into the garage.  The garage became so full that you could hardly get around in it.

We then handed Kimy the keys to the house and closed our eyes and let go.  Over a period of three days, she and her crew successfully emptied our house of furniture and decor. 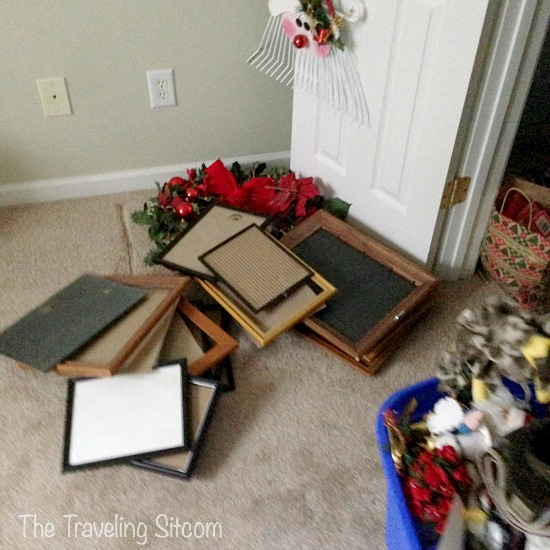 Well, mostly.  When we returned, there was about 10% left.  Just as she said.   She had also warned that the house would look like a tornado went through it.  She wasn’t kidding. 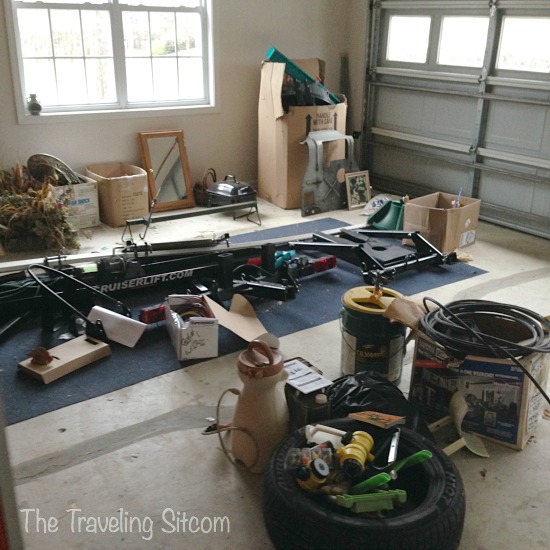 What to do with the rest?

So I had a bright idea.  I would advertise on Facebook.  I found a local flea market group and advertised that I had FREE stuff. 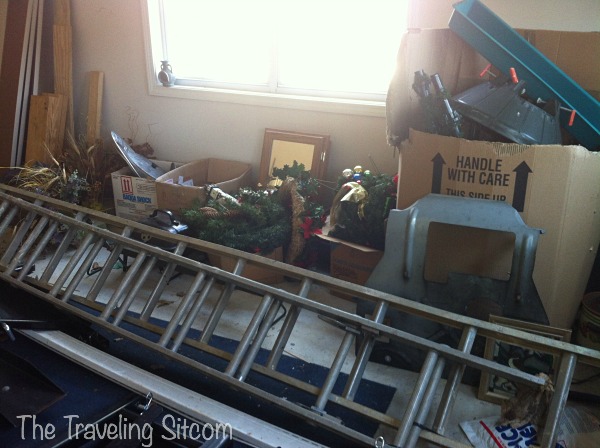 The ad went something like this:  Recently we had an estate sale.  We have some things left over.  Home decor, ladders, Christmas decor, clothing, and a few pieces of furniture.  All items are free.  Will be at the house on Thursday from noon until 4:00 PM only.  First come first served.

And then it began.

Things got very ugly on Facebook.  We were a bit worried at this point…

The next day, we arrived at the house about 10:00 to deal with the cleaning people.  Folks started showing up for the Facebook giveaway at 10:30.  By 11:00  the street was lined with cars.  Occasionally someone would venture up the driveway and try to start “shopping” and I’d have to go down there and move them back.

The crowd was getting ugly…in more ways than one…

At some point a large older woman showed up.  For the benefit of this story, I’m going to call her Bertha.  Bertha weighed about 500 pounds, with large bosoms that hung nearly to her knees.  She made her way up the driveway where I stopped her.  We still had about a half hour.

Bertha said, “So is everything free or are there some things for sale too?”

With that she patted her left boob, which jingled loudly while swinging back and forth.  “I brought some money just in case”.

Ummm….no.  Everything will be free.  Sigh…this was going to be interesting.

I placed Dave in the garage and then I signaled for everyone to go in.

Folks running, folks grabbing, folks tugging at things.  The majority of my leftover furniture was upstairs.  Believe it or not, Bertha managed to get there first.  And Bertha yelled, 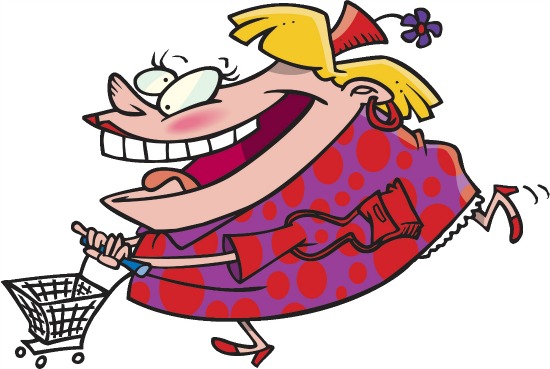 She ran from room to room, yelling at people, panting heavily and sweating profusely and looking like she was going to pass out at any moment.  At one point, she was ordering strangers to load furniture for her.  Her husband showed up and began hauling things out for her as she guarded each piece like a pit bull.

One step too close, and Bertha was gonna take you out… 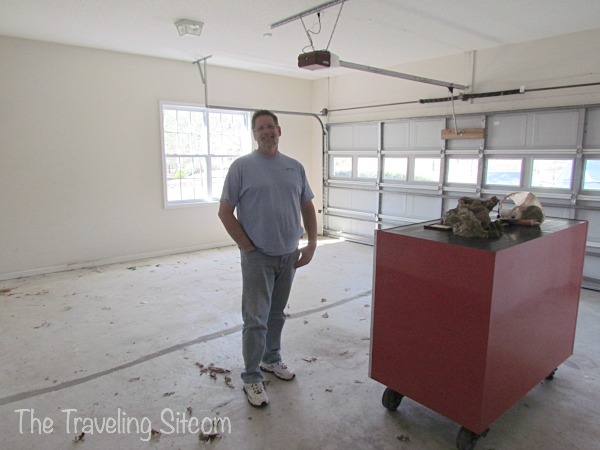 My house cleared out of everything within 45 minutes.  Flat.  Nothing left but dust.

As the last car drove off with the rest of our stuff, we sat down together and made one promise to each other.

Oh, and never, ever utter the word “Free” on Facebook.