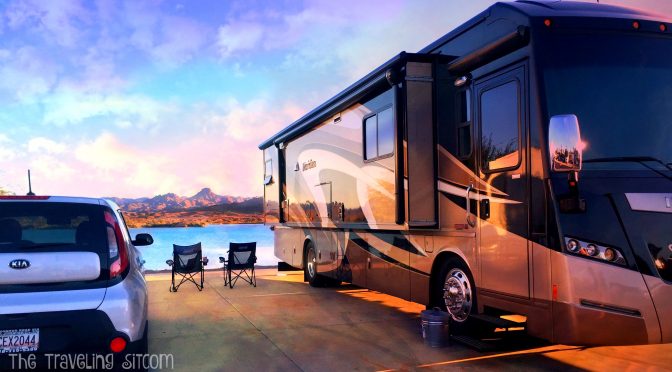 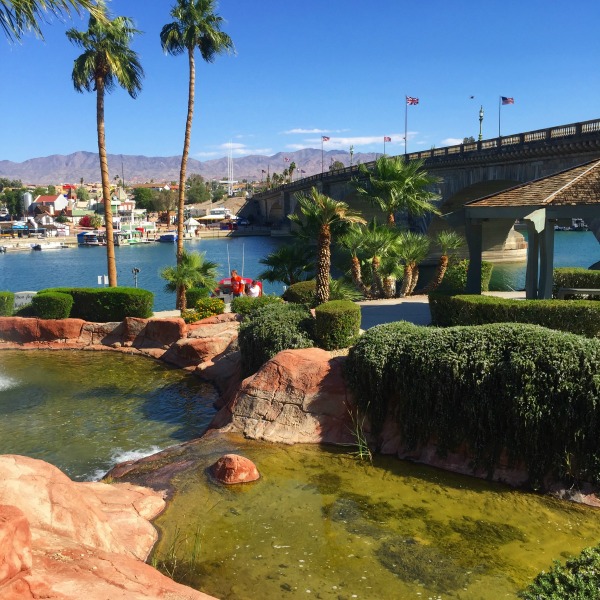 Our destination at London Bridge was a beautiful oasis. 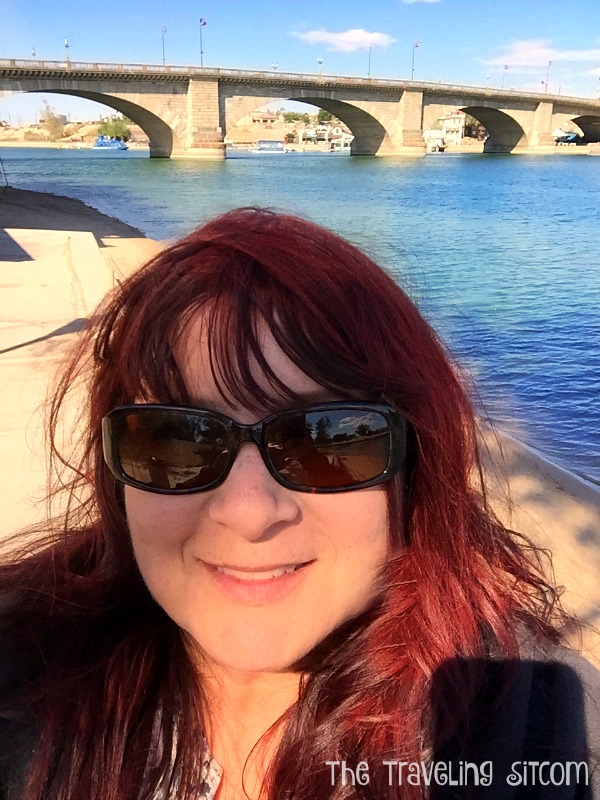 That’s London Bridge  behind me.  It was built in the 1830s and originally spanned the River Thames in London, England.  It was sold to the city of Lake Havasu City, dismantled in 1967 and relocated to Arizona. 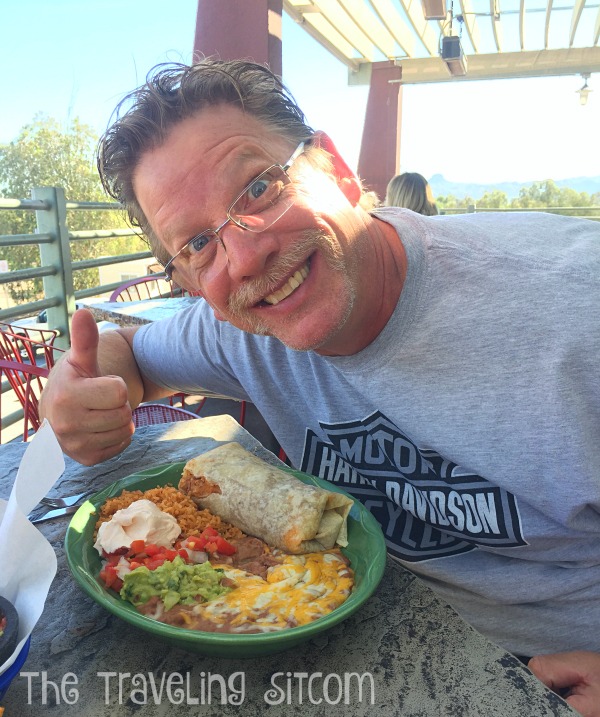 Along side of the London Bridge were some great little restaurants including the Javalina Cantina where Dave got a burrito that was nearly as big as his head. 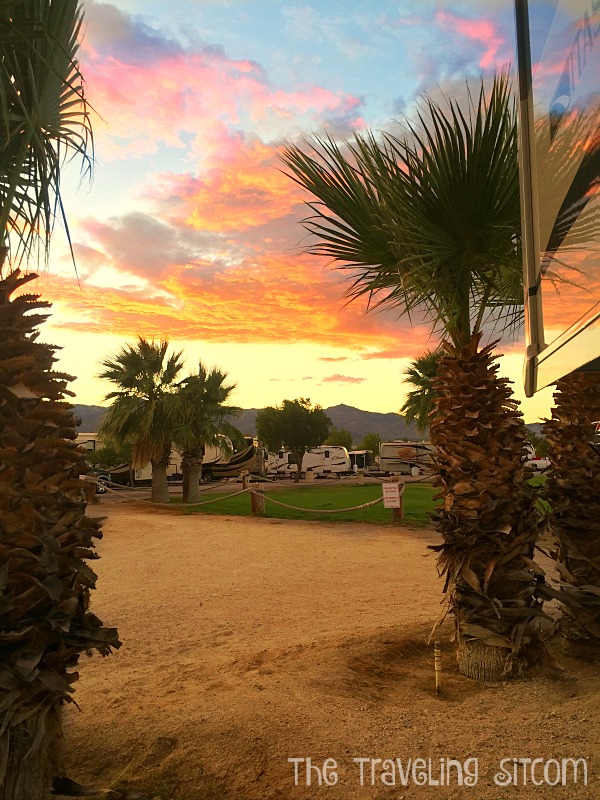 We loved staying at the Laughlin Avi Casino KOA.  It was right next door to the casino, where I spent my allowance.  (A little more quickly than I wanted to).  The KOA itself is clean, and lovely, with plenty of space to walk the dogs.

And the sunsets were amazing!

We left Laughlin after a few days and went to our next stop, The Islander Resort on Lake Havasu.  One of the things I missed over the summer spent in Williams was a view of the water.  With that in mind, we searched for something that was right on the water.

Yes, it was pricey.  But for two days, we enjoyed this… 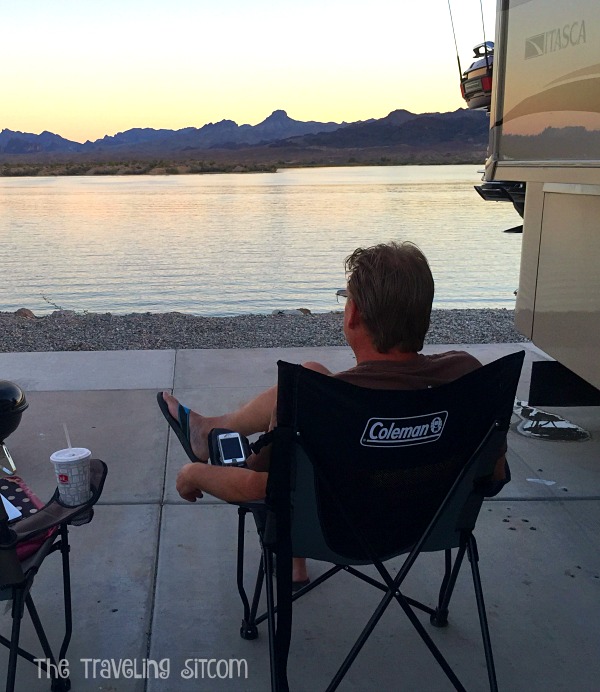 Yep, we were right on the water.