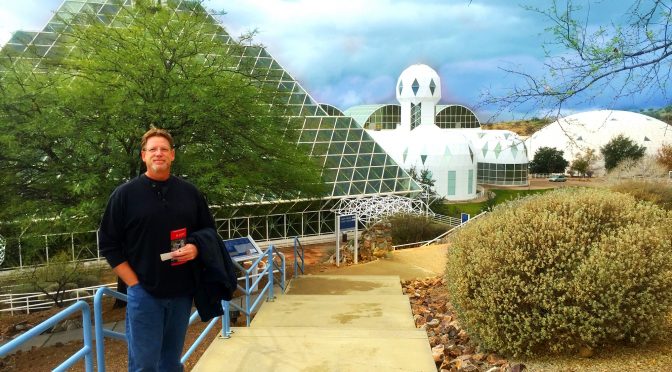 Affiliate link to Amazon below

I love science and I love history and our next place to visit just happened to fall into both categories!  You see, in the fall of 1991, eight men and women confined themselves into a glass and steel complex known as Biosphere 2 for a total of two years.  Their mission was to see if they could live in a self-sustaining sealed off environment.  A possible model for colonizing outer space. 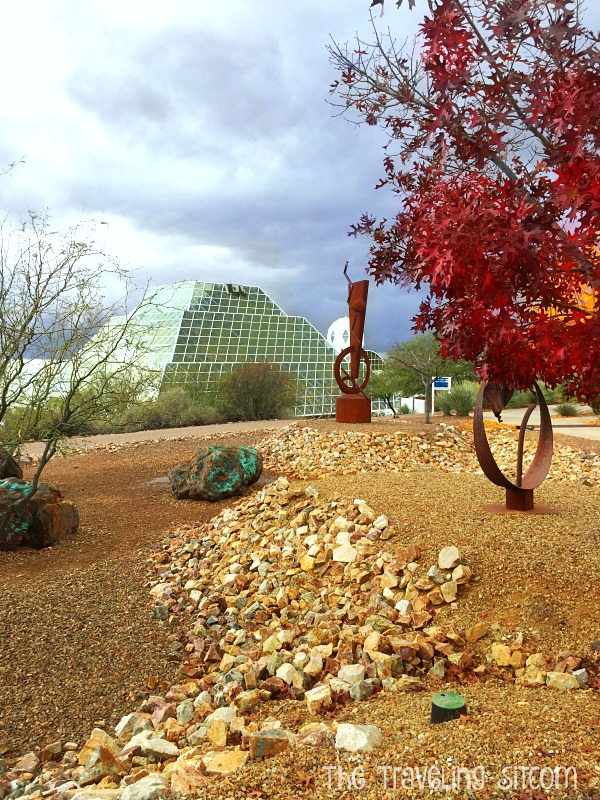 Twenty five years later, Biosphere 2 still stands.  It is located in the town of Oracle, about 40 miles north of Tucson.  Depending upon who you talk to, it is a representative of a massively expensive failed experiment, or a unique and fascinating look into future possibilities. 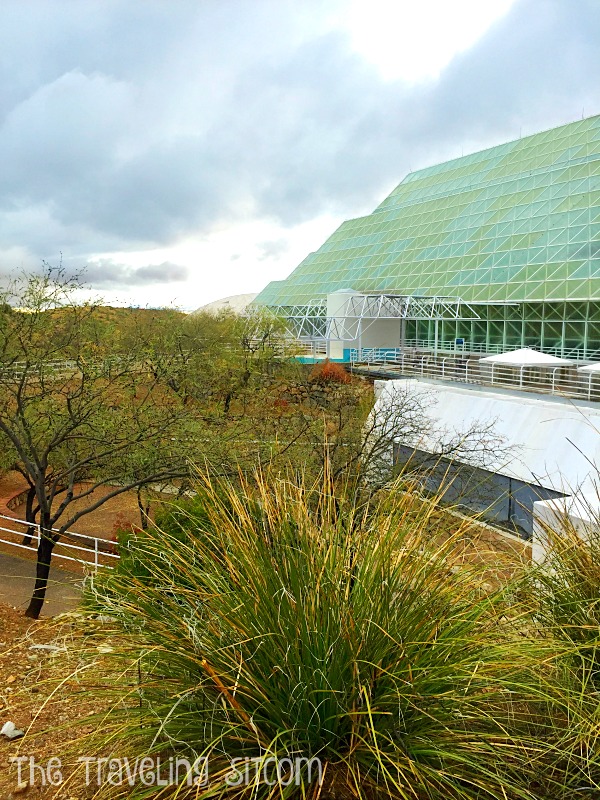 Now owned and operated by the University of Arizona who currently use it for research, Biosphere 2 is a popular attraction for those of us that are fascinated by what was later called, “The Human Experiment”

Back in 1991, I was the mom to two young children and busy with job and family, I remember vaguely about this place in the news.  So, we decided to take a tour of the facility and learn a bit more! 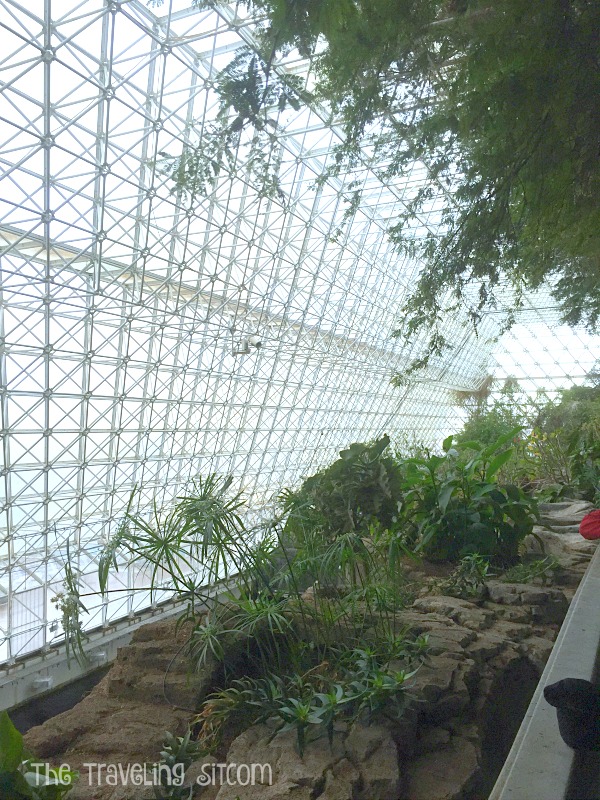 Named Biosphere 2, as the original Biosphere is the current one that we all live in, it was built to demonstrate how a closed ecological system can support and maintain human life.

It is a 3.14-acre structure and remains the largest closed system ever created.  Costing nearly $150 million, it was entirely funded by one man- Edward Bass, an environmentalist heir to a Texas oil fortune. 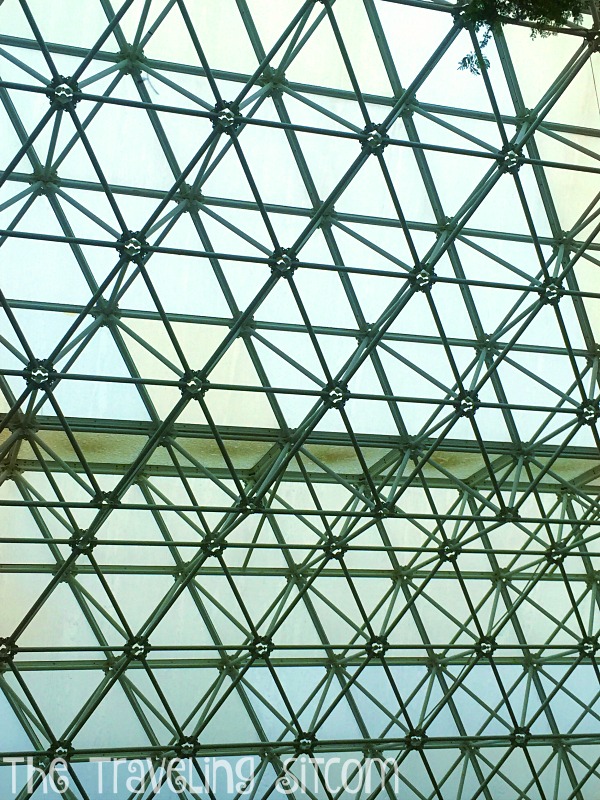 Biosphere 2 contains five separate biome areas:  a rainforest, an ocean with a coral reef, a mangrove wetlands, a savannah grassland, and a fog desert.  It also includes a human habitat and a huge below ground infrastructure that supports it all. 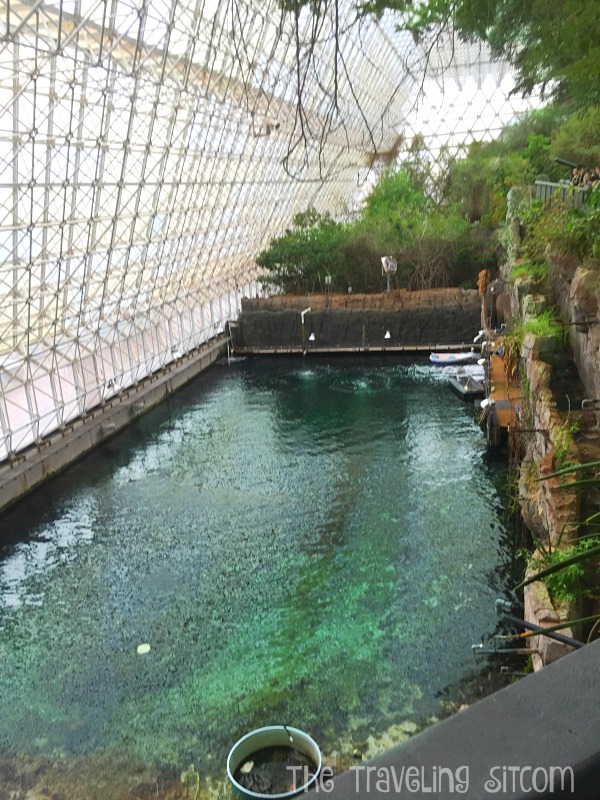 Here we are looking down at the biome that includes the self contained “ocean”.  This includes a wave making machine and at one time, a nice coral reef. 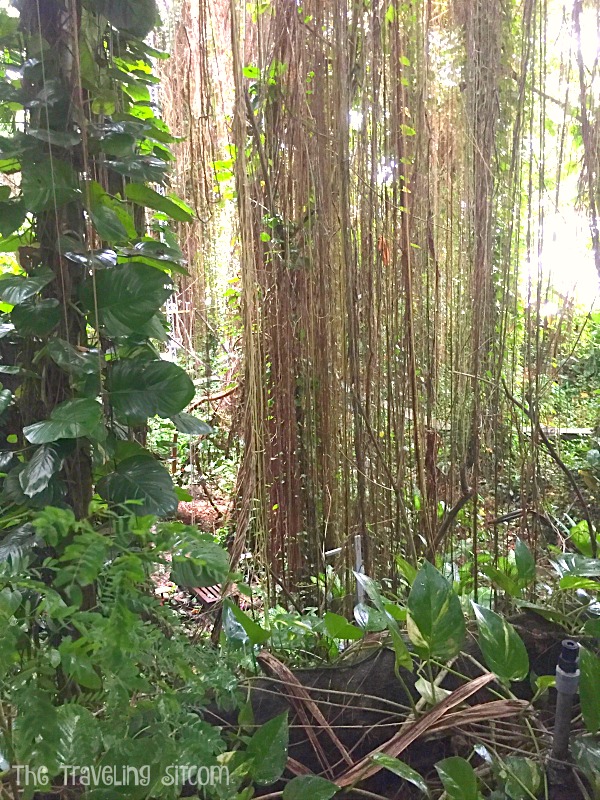 This is the rain forest.  It was meant to be the main source of oxygen in this sealed environment.  The Biosphere 2 contained over 3000 documented species of plants and animals across its five biomes.

The premise of the experiment was that the eight people would be locked into this self-sustaining environment for two years.  No coming or going permitted.  It was meant to test if living inside an artificial reconstruction of Earth’s environment for long term was possible.

Biosphere 2 was only used twice for its original intended purposes as a closed-system experiment.  Originally from 1991 to 1993, and then again for just a few months in 1994.  Both attempts ran into major problems.

How did those eight people fare after two years closed up in this ultra huge terrarium? 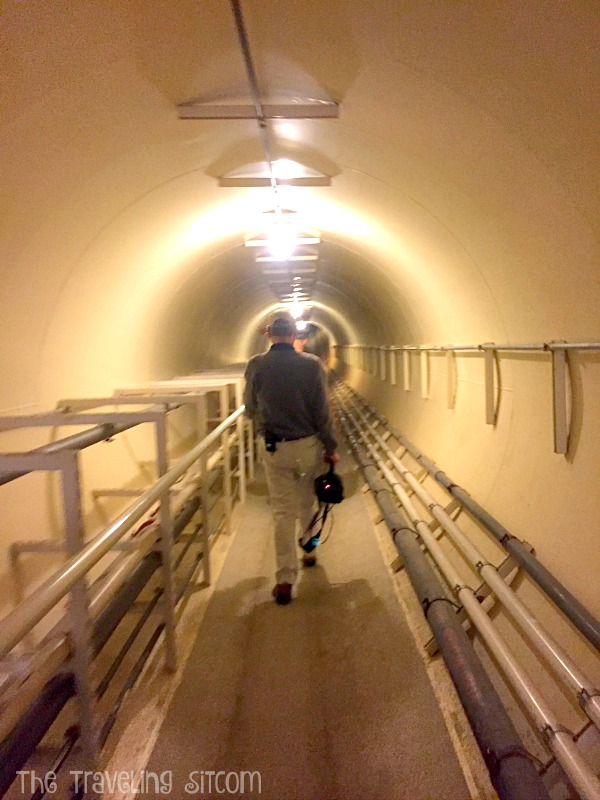 Both heavily publicized experiments ran into problems including low amounts of food and oxygen, die-offs of many animal and plant species, squabbling among the resident scientists and management issues. 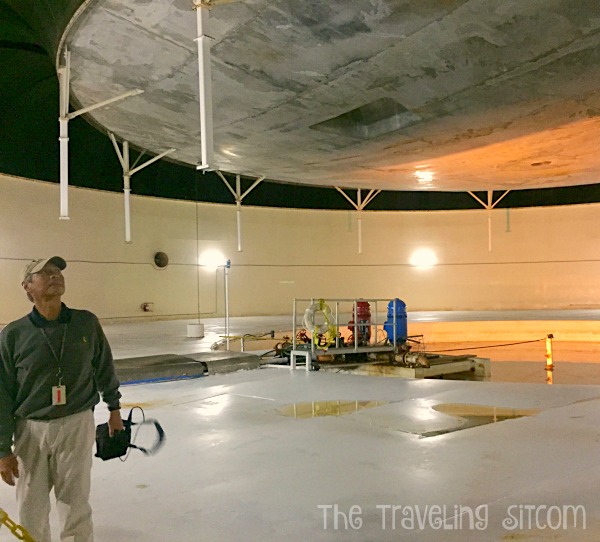 This is one of the two “lungs” for Biosphere 2.  As we stood here, we could watch the ceiling rise and fall as air pressure regulated it.

With the Sun’s heat frequently causing Biosphere 2’s contained volume of atmosphere to expand, the formation of cracks started to indicate some structural stress on the building’s exterior.

The solution for this problem was provided with an additional set of chambers or ‘lungs’ which allowed for the overflow and extraction of air. 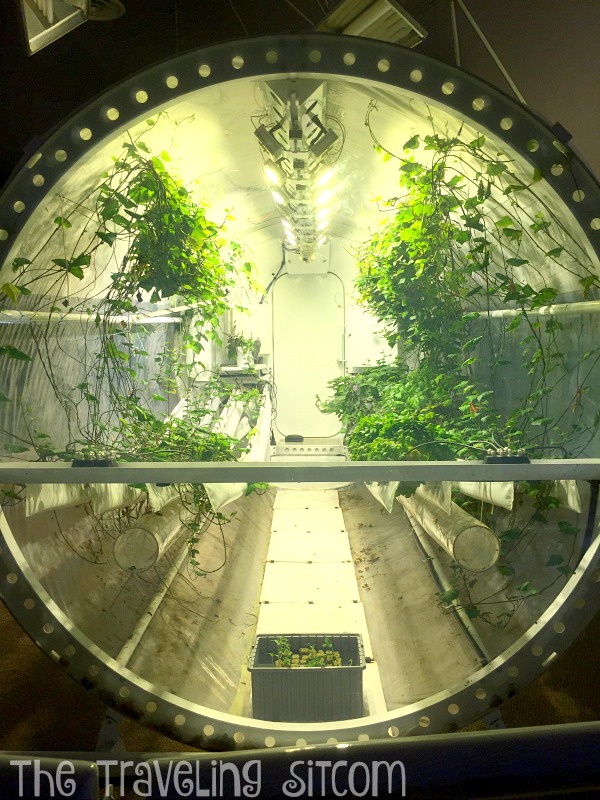 But as problems were solved, more presented themselves.  An unusually dark and overcast winter was to blame for reduced plant and crop production.  Lowered oxygen and increased carbon dioxide affected the crew’s health.

The human experiment itself was widely considered a failure.  However, much was learned in the Biosphere 2, and still continues to this day. 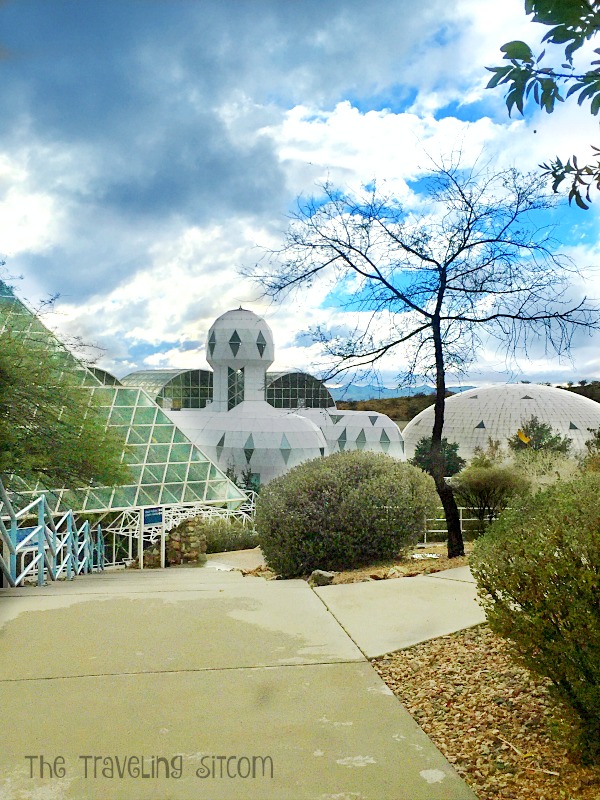 The University of Arizona assumed full ownership of the structure in 2011 and continues biological research onsite, with an emphasis on growing plants in space, on earth in closed biospheres and possible space colonization.

Want to know more about what actually went on inside Biosphere 2 during those two years of enclosure?  I did too.  I figured with 4 men and 4 women, there had to be drama.  So I bought the book, The Human Experiment by Jane Poynter.

It is an interesting look from her point of view as one of those 8 people enclosed in this fascinating place.