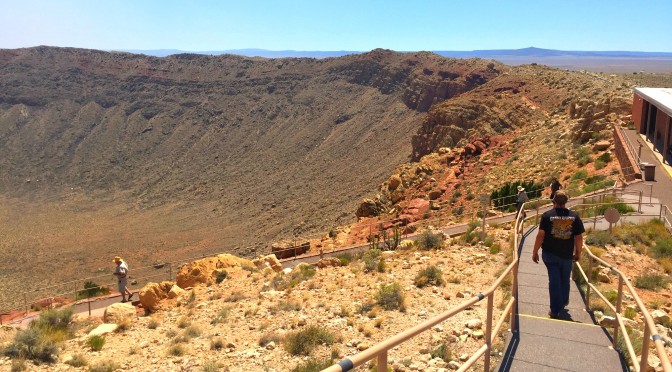 We love to go on mini vacations on our two days off each week.  In fact, we spend a lot of time doing research, trying to decide what we would like to visit each week.  This week, based on a cool billboard off the interstate, we decided to visit the Meteor Crater.

And to make the adventure even more fun, we took the motorcycle.  It was a particularly windy day, with gusts of 20 plus miles per hour,  which made the ride to the crater a little nerve racking.  But we were in for the adventure, right? 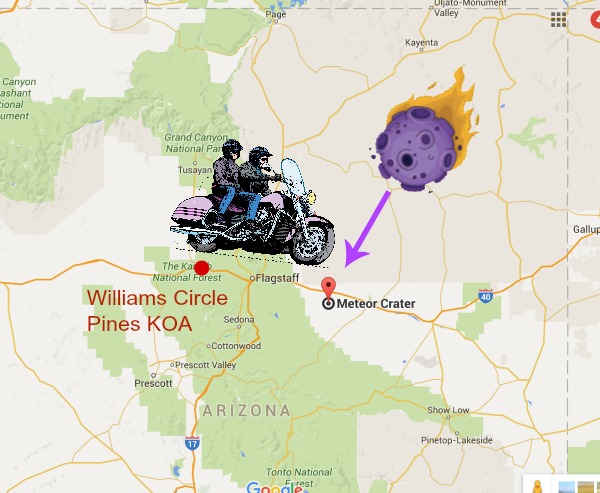 The crater is about an hour drive from the campground, which worked well for me, as I have about an hour butt-limit on the motorcycle. 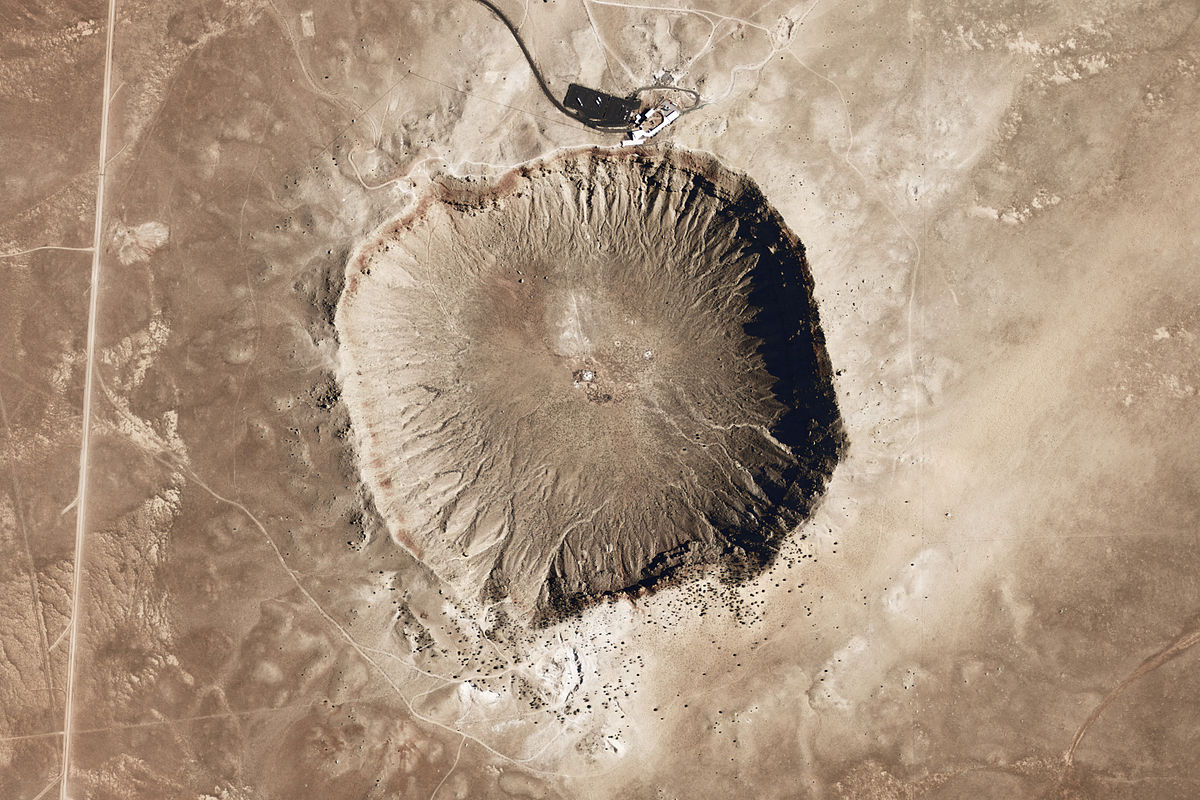 But this was worth the wind and the tender rear end.  You see the crater is a huge, huge hole located smack in the middle of the flat high desert of Northern Arizona.  In fact, it is 3/4 of a mile in diameter and about 600 feet deep.  A heck of a hole. 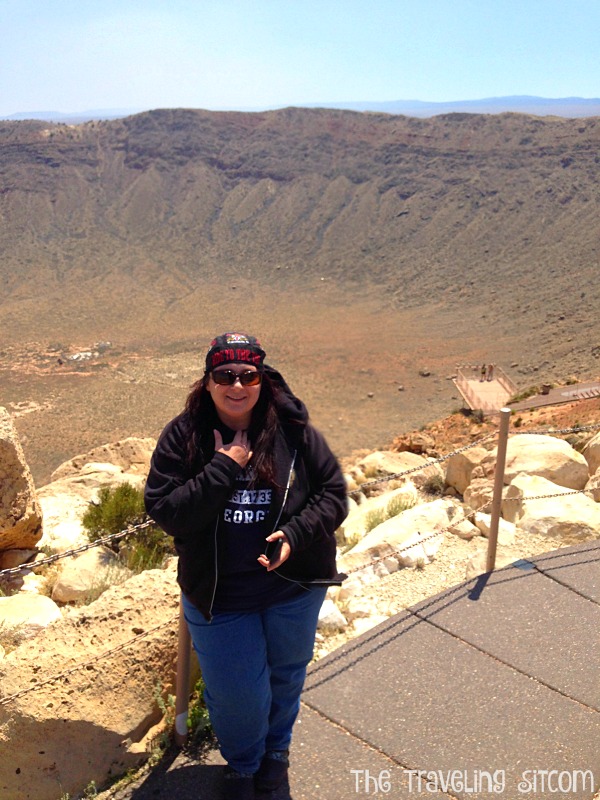 So how big is this hole?  Well check it out!

Fifty thousand years ago, a giant meteor streaked across North America and struck the earth in what is now northern Arizona, exploding with the force of 2.5 million tons of TNT.  It is thought that the meteorite weighed about 300,000 tons and was traveling at a speed of 26,000 miles per hour.

The force when it struck was about 150 times the force of the atomic bomb that destroyed Hiroshima. 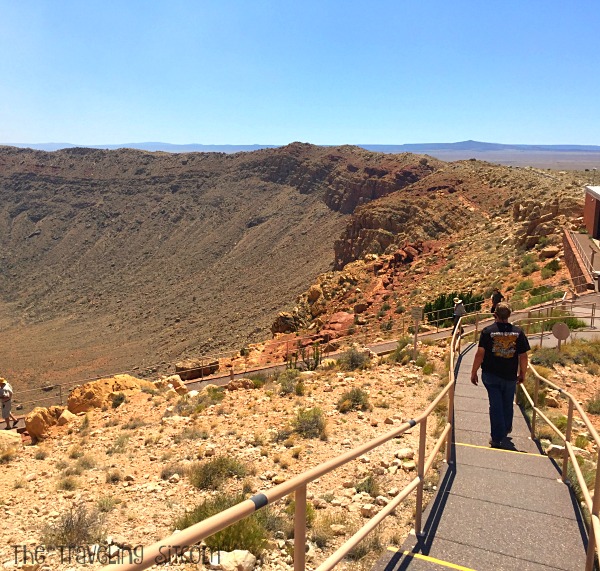 The force of the impact not only melted most of the meteorite, but forced millions of tons of limestone and sandstone out of the hole,  throwing rocks and meteor fragments for miles. 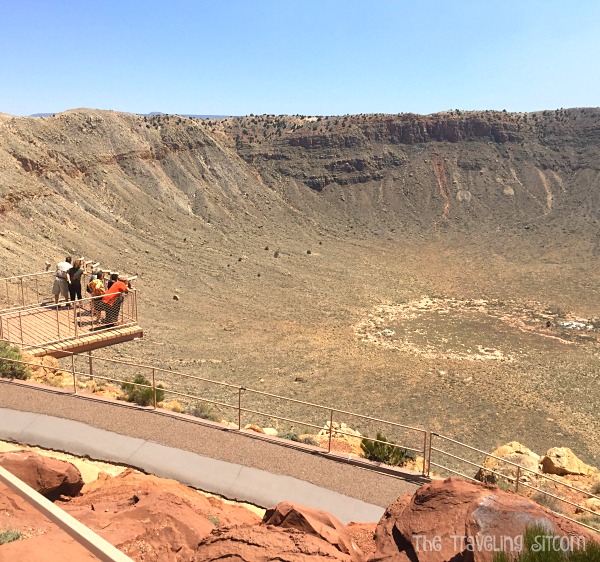 The crater and the land around it has been privately owned since the early 1900’s by the Barringer family.  The family has built a nice visitor center along with a movie theater, restaurant and gift shop right on the rim of the crater.

Along the rim, there are impressive views. You can walk out on a platform that juts out over the edge.  From this vantage point a sign informs you that a tiny rock on the floor of the Crater is actually as big as a house. In the center of the crater stands a cardboard cutout of a guy holding an American flag, but you can’t see him unless you’re looking through the platform’s fixed telescope.

This is a huge hole!

Click here for more photos and info on the meteor crater!