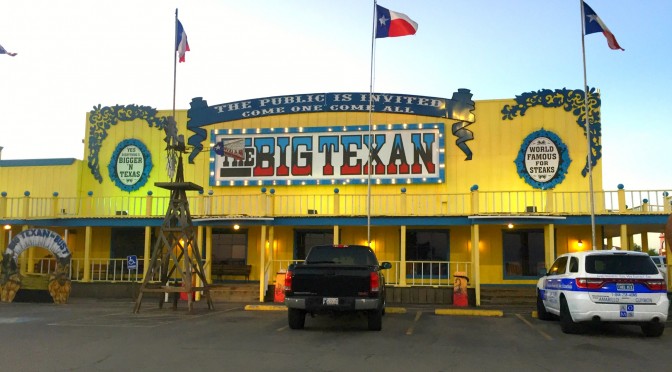 On our way west towards Williams, AZ, for our new summer job, we made a couple pit stops along the way.  One of the more impressive ones was Amarillo, Texas. 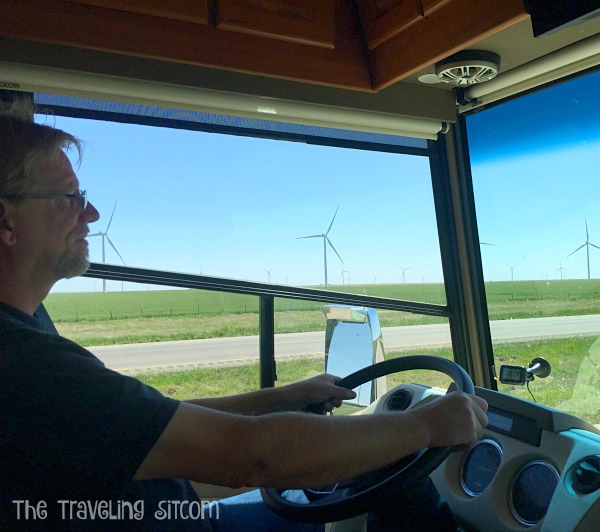 Traveling along Interstate 40, once you get on the west side of Oklahoma City, the land flattens out where you can see for miles and miles.

The winds were strong.  Dave said it felt like he was driving a sail boat.  We were getting gusts of 15 to 25 mile an hour winds which seemed to be from the south, rocking the RV as we tried to make our way west.

Car sickness may or may not have ensued… 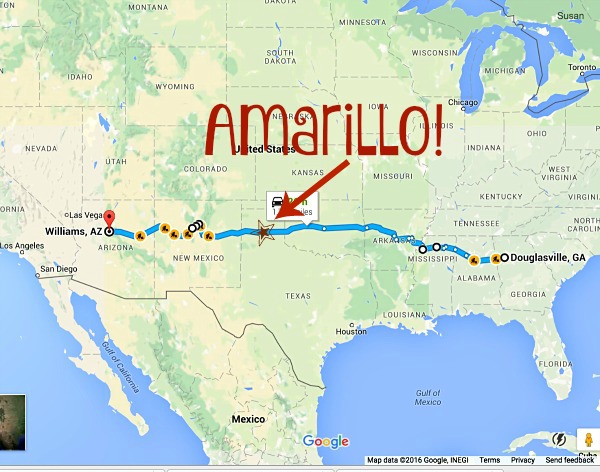 We had a scheduled stop in Amarillo and were very glad to get off the highway after about a 5 hour drive from Oklahoma City.

So much to see and do here!  Unfortunately, we only had one day to take it all in, so we chose a couple places that intrigued us.  But keep in mind if you are ever in Amarillo, there are canyons, museums, botanical gardens, and even a huge livestock auction where you can hang out with real cowboys and get a glimpse of the cattle industry that is so huge in this area of the country. 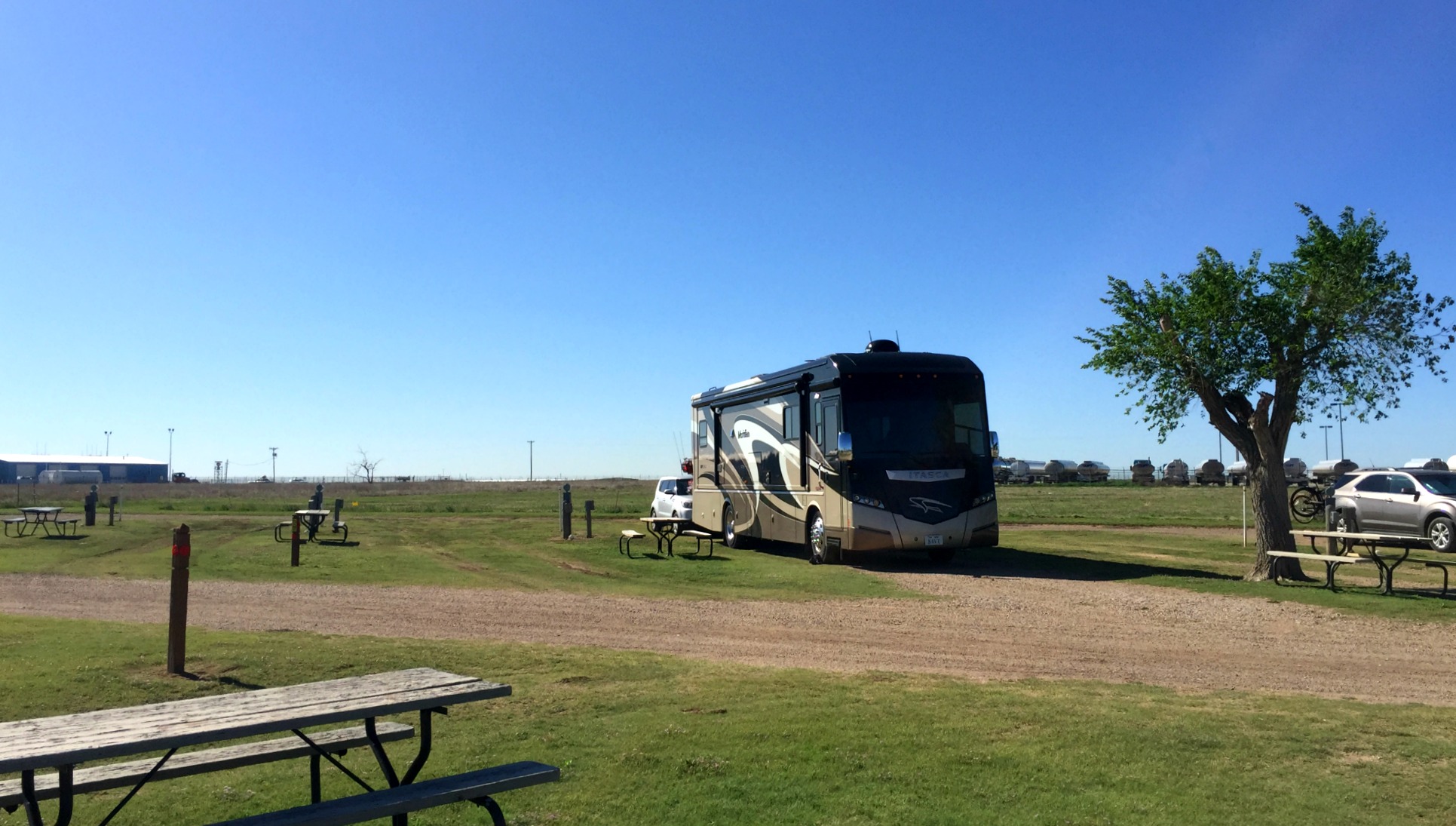 We stayed at the Amarillo KOA and pretty much had the park to ourselves.  I loved the wide open spaces! 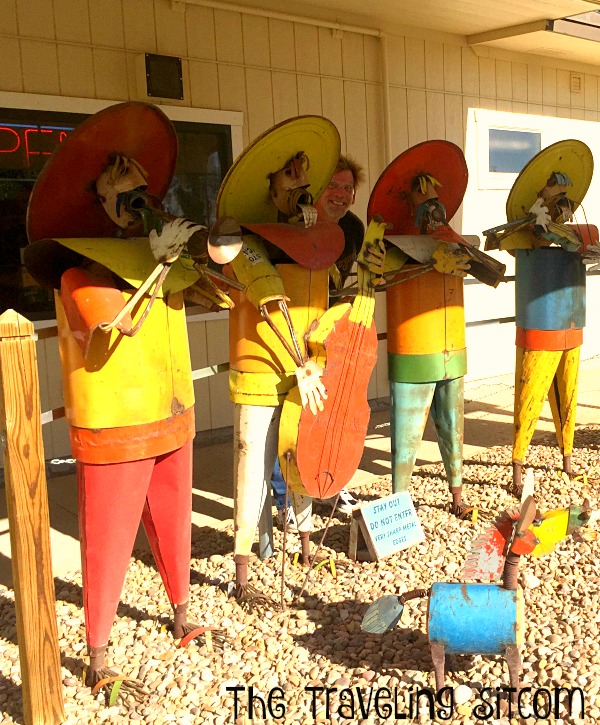 These little guys greeted us at the campground store entrance.  Amarillo must be home of the mariachi bands!

Or maybe the home of colorful metal musicians… 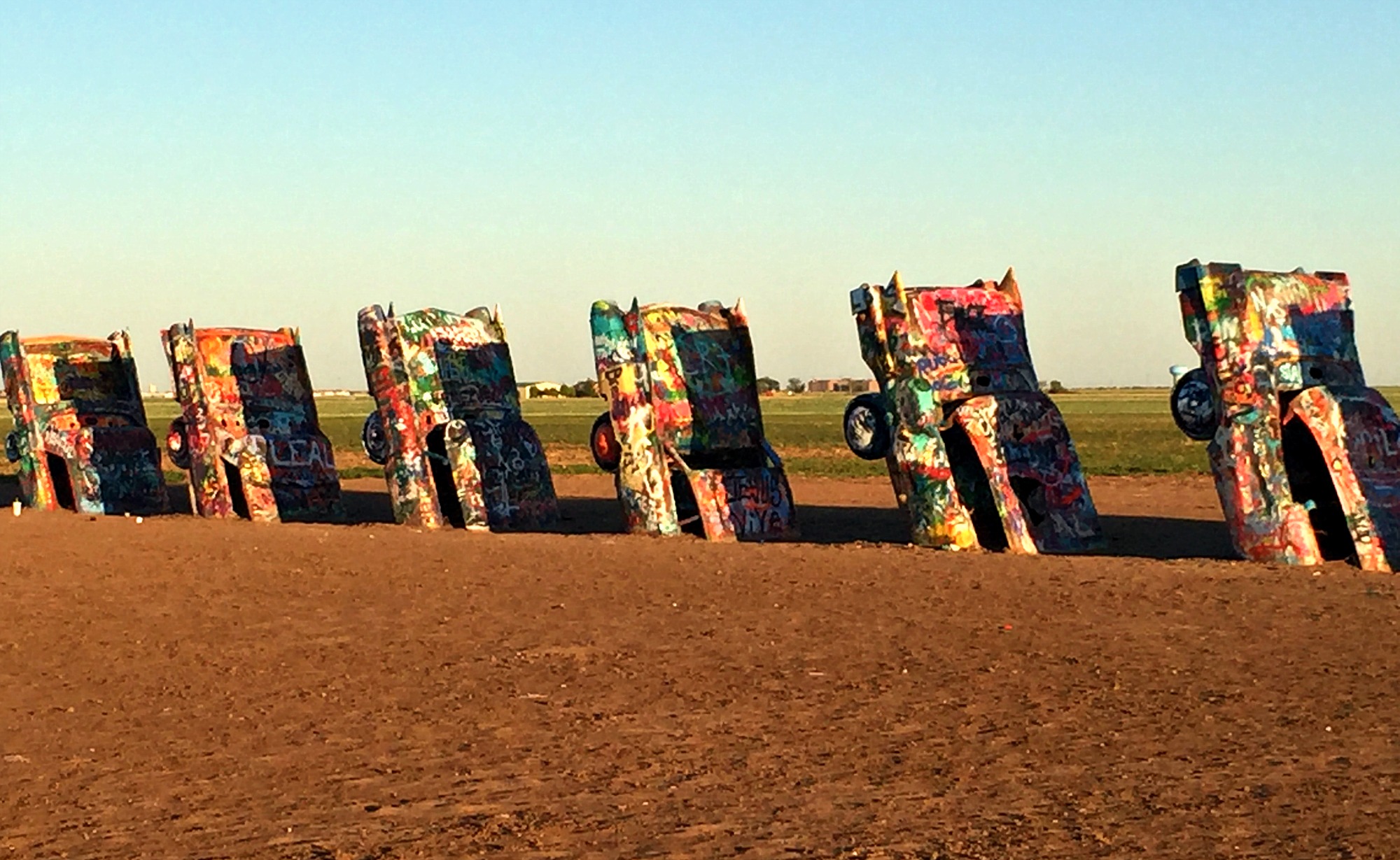 Once settled, our first order of business was to go out and visit Cadillac Ranch.  Unfortunately, we had an issue with the tow cables on the car and had to replace them first, which entailed a trip to Home Depot.

Cadillac Ranch is located about 5 miles west of city of Amarillo.  With our late start, we got there just as the sun was setting. 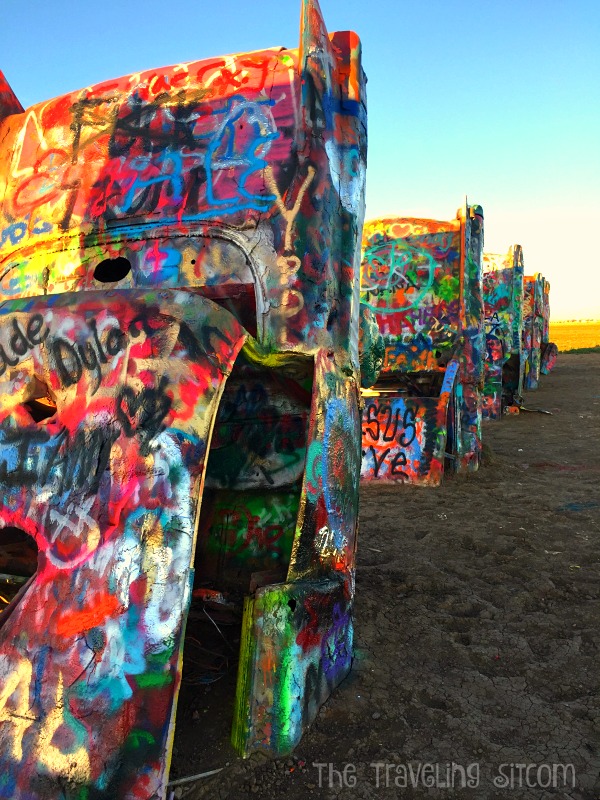 Cadillac Ranch is actually a public art installation.  It was created in 1974 by an art group called Ant Farm.  The installation consists of Cadillacs, representing the car line from 1949 to 1963.  Each of the cars is half-buried nose first into the ground at an angle that is supposed to correspond with the angle of the Great Pyramid.

You see when the art work was originally opened up to the public back in the 70’s, there was an issue of folks breaking off souvenirs and painting graffiti onto the cars.

After fighting it for a bit, the artists decided to allow others to add their own personal touch to this piece of art. 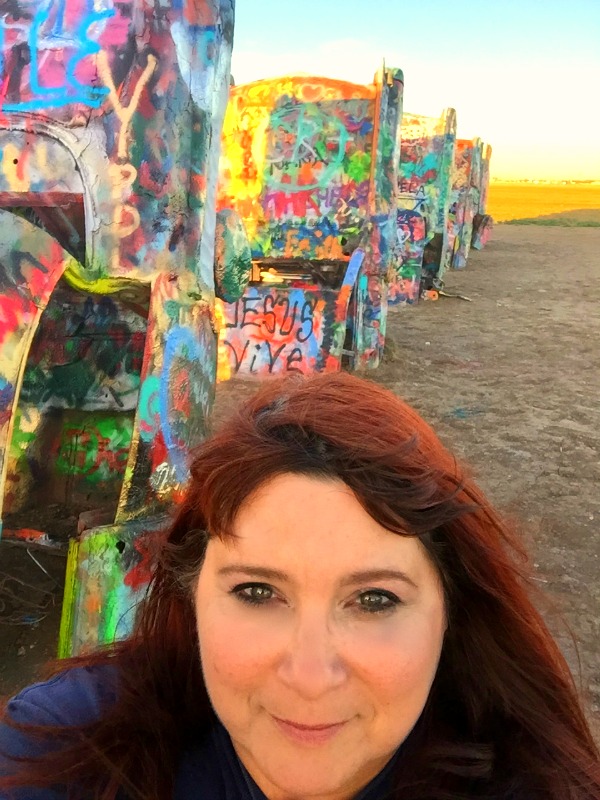 Visiting Cadillac Ranch  and adding graffiti to the cars is now encouraged.  In fact, while we where there, at least 20 other people were there with spray paint adding a bit of themselves to this piece of art.

Bring a spray paint can and paint what you want!  Just be aware that it probably will be painted over in no time.  Cadillac Ranch is an incredibly popular destination for those that are passing through.

So how about a famous Amarillo eatery?

4 thoughts on “Amarillo by Morning…”